if your mind has breadth and fluidity. 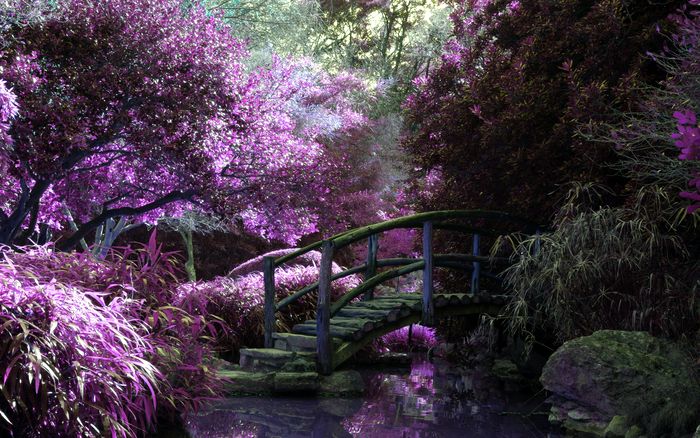 (CC0) It is obvious: Nature's directions flow simultaneously, as should one's mind.

The very specific attribute in humans was exceptionally difficult to distinguish because [1] normal people cannot adequately describe their own selves — (nor anything else, as verified by the Sensory Quotient (SQ) and three concepts tests) — and [2] other genres of humans cannot imagine what the attribute is without the genres firsthand experiencing the attribute themselves. Recent evidence has now clarified the nature of the attribute, as well as how the attribute is expressed. The attribute is indeed very much like what scientists and philosophers claim for their own minds' behaviors: a cold, empty, psychopathic noise.

"A simple definition of consciousness is sensory awareness of the body, the self, and the world. The fetus may be aware of the body, for example by perceiving pain. It reacts to touch, smell, and sound, and shows facial expressions responding to external stimuli. However, these reactions are probably preprogrammed and have a subcortical nonconscious origin. ...Conversely, the newborn infant can be awake, exhibit sensory awareness, and process memorized mental representations. It is also able to differentiate between self and nonself touch, express emotions, and show signs of shared feelings. Yet, it is unreflective, present oriented, and makes little reference to concept of him/herself. Newborn infants display features characteristic of what may be referred to as basic consciousness and they still have to undergo considerable maturation to reach the level of adult consciousness. The preterm infant, ex utero... can only reach a minimal level of consciousness." (The Emergence of Human Consciousness: From Fetal to Neonatal Life, Hugo Lagercrantz & Jean-Pierre Changeux, ©2009).

"New research shows that babies display glimmers of consciousness and memory as early as 5 months old." (When Does Your Baby Become Conscious?, Paul Gabrielsen, ©2013)

The Emergence of Human Consciousness and When Does Your Baby Become Conscious articles are common examples of what is obvious within all known scientific literature; always the authors always invented imaginary conclusions that were not based upon firsthand observations, nor based upon nor agreeable with science's own laws of physics (believers whose behaviors never reflect the people's beliefs). However, the big question is to ask: what if what the authors wrote might have actually been reasonably true for themselves? What if the normal person actually does not have consciousness nor memory formations like other known genres? Could it be possible for a human to function with such an empty mind? The answer is deeply disturbing: the answer is "yes".

Absolutely nothing in the universe is identical, the same, nor equal; including humans. The normal genre of humans as like what William James, Charles Darwin, et al described of themselves, is indeed very much similar to common animals.

With few exceptions, the specific attribute is obvious everywhere in all cultures and eras throughout the world. At present, the only known exceptions include a relatively small portion of eastern Asian and Native American people. Ancient Chinese texts (pre-200 B.C.) often described the attribute from the genres' perspective, while all other regions of the world describe the attribute from the normal perspective (i.e. scientific, philosophical, academic, and ideological).

All individuals in all known 'smartest people on earth' lists possessed the normal attribute, and therefore none could have been smarter than any other average human.

The Chinese word 思 si implies 'field' and 'heart' combined (an individual must be able to self-observe and to assemble two concepts that form the concept of a preexisting si, but, as Oxford University employees James Legge, Homer Dubbs, and countless others proved of themselves, they were unable to do so). European and American academicians openly admit that they have no idea what si means, but still the academicians claim that it means "think". If an individual does not have si, then the individual cannot imagine what si is.

'Zi say: Noble child bosom virtue-goodness, insignificant-tiny people bosom earthen-products. Noble child bosom fairness, insignificant-tiny people bosom favoritism.' (word-per-word draft translation of Li Ren - Inner Benevolence #11) The writings of Confucius' and other's have existed for over 2,500 years, and still there has been no improvement for humanity. Regardless of possible effort, normal people are physically and mentally unable to become noble. If you are able to fairly bosom virtue and fairness, then not only are you smarter than most everyone on earth, you are also a prized treasure, that which is known amongst Native Americans as being a real human.

The World's Smartest Man on Earth, Might Be You : Part 1

The World's Smartest Man on Earth, Might Be You : Part 2

The World's Smartest Man on Earth, Might Be You : Part 4

The World's Smartest Man on Earth, Might Be You : Part 5

The World's Smartest Man on Earth, Might Be You : Part 6

The World's Smartest Man on Earth, Might Be You : Part 7