if you know what words mean. 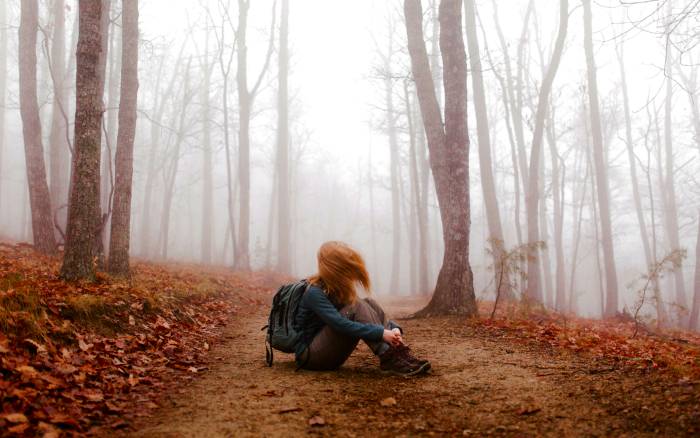 (CC0) It is obvious: a person must firsthand experience a thing, before he can then know what the thing's word means.

[1]: Speaking a word without knowing what its definition is, is an act of imagination, of inventing an unfounded belief and then claiming that the self-invented fantasy is true truth. Infants have not lived long enough to have learned what most words mean, and thus, the alleged genius children who spoke words early in life, spoke words that the children did not know the meanings of. Tape recorders recite words without knowing what the words mean; alleged prodigies recite words without knowing what the words mean. If you give a dog a hammer, nails, saw, and lumber, the dog still cannot build its own house: dogs have no useful ability to imagine how to build a house. Human imagination is good and useful if the imagination can be applied for building houses and other things, but if the imagination cannot applied to real things, then the imagination is permanently harmful to the mind. If you are smart enough to rationalize that speaking unknown words is not a measure of high intelligence, then you are smarter than over 90% of everyone on earth.

[2]: The ability to read words, does not infer that the reader knows what the words mean. Many words refer to specific emotions that are based upon one's own personal history of life experiences. Infant 'prodigies' are too young to have had sufficient life history to have firsthand experienced the emotions that written words refer to. Scientific physics is very strict in the requirement of cause and effect: without the cause of personal history, there can be no effect of emotion. Even as adults, no known scientist, philosopher, theologian, nor academician knows what words of emotions mean. Two of the countless millions of examples include [1] Oxford University employees James Legge and Homer Dubbs being incapable of accurately translating any Chinese word that related to emotions, and [2] John Watson who proposed "that there were three basic emotions present at birth — fear, rage, and love — that were called out by specific but limited stimuli". If you are smart enough to rationalize that reading unknown words is not a measure of high intelligence, then you are smarter than over 95% of everyone on earth.

[3]: Going to school at an early age, to read unknown words, is not an act of superior intelligence. As an example, William Sidis' father, Boris Sidis, is reported to have had clout at Harvard University, and Boris used his clout to have William enrolled at Harvard. Favoritism and nepotism are not a measure of, nor a product of, intelligence. If you are smart enough to rationalize that going to school is not a measure of high intelligence, then you are smarter than over 95% of everyone on earth.

Most everyone today believes that they know what electricity is, but almost no one is able to describe what electricity is. Normal people see a thing, and then memorize a word that refers to the seen thing, all while the normal person believes that he knows what the seen thing is. Normal people believe that they know what cows, road runners, and horses are, but no normal person is able to describe them beyond a vague visual reference; no descriptions of aromas, tastes, sensations of touch, sounds, body language, behaviorisms, manners of communication, social structuring, nor anything else that requires firsthand observations and firsthand thinking. Normal people imagine that they know what things are, but always it is obvious that normal people do not know what their words mean.

From Olfactory Perception The Sense of Smell: "The cactus flower radiates slowly, the radiance higher than browns, lower than yellows, heavier than reds, there exists a balancing of weights, that describe the vibrance, that is violet."

It is obvious when an individual knows what a word means. It is obvious that normal people do not know what words mean.

If you are able to intricately describe what a word means, then you are already smarter than William Sidis, Albert Einstein, and the long list of other pseudo-prodigies all put together.

It is obvious: man has proven of himself to not be the highly intelligent creature that he believes himself to be. It is very easy for anyone to be one of the smartest people on earth; all he needs to do is to observe, and to correlate what was observed. But mankind as a whole is unable to consciously observe anything, and within his great numbness, his intelligence is insignificantly tiny.

The World's Smartest Man on Earth, Might Be You : Part 1

The World's Smartest Man on Earth, Might Be You : Part 2

The World's Smartest Man on Earth, Might Be You : Part 3

The World's Smartest Man on Earth, Might Be You : Part 5

The World's Smartest Man on Earth, Might Be You : Part 6

The World's Smartest Man on Earth, Might Be You : Part 7