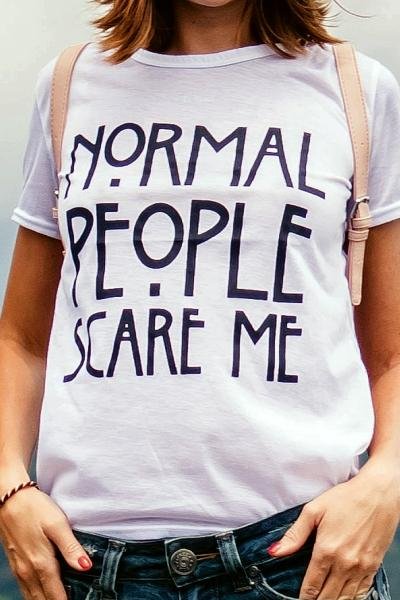 (CC0) by Artem Beliaikin (what an excellent photo!)


After over twenty years of dedicated research, the project has finally, finally, found answers. Humorously, the answers arrived from the most unlikely of circumstances, and too, the answers also simultaneously answered and finalized a parallel research project that is of no less importance than the normalcy project. For the first time in decades, I feel lightened and relieved of stress, and though the answers are very welcomed and appreciated, the answers reconfirm a previous project's classifications of genres, some of which are very unfortunate.

Within my own calmly pleased excitement, the following is a very brief overview of the normalcy research project.

The questions are valid: what is normal, and what, specifically, is normalcy? What, specifically, are the ingredients that cause normalcy? It is easy to give many philosophical nouns that still cannot answer the questions, and it is also easy to give many scientific terms that point at external observations (which, thus, are still philosophical), but no known source has ever given factual verbs that define the causes of normalcy: until now.

The normal common belief is that anyone who is not normal must therefore be inferior and have mental defects. Evidence of the belief is found in writings from all cultures of all eras. Psychology has names for mental subnormalities, but psychology has no names for any form of mentality that performs beyond what is capable within normalcy. The absence of names is itself an unspoken confession that psychology has not and cannot recognize any form of intelligence outside of normalcy.

Similarly — and aside from a precious few comments from Confucius, Xunzi, and Laozi — throughout all written history of all world cultures, there are very specific core topics that have never been mentioned in any science, philosophy, nor ideology. Again, the absence of the topics is itself an unspoken confession that normalcy does not and cannot recognize the existence of the topics.

As alluded to within the articles Studies of Cognitive and Emotional Decay Leading to Dementia, Mermaid Effect, Consciousness and Dreaming, and Consciousness in Dreams Research, the missing names and topics become brightly illustrated within very specific and measurable gaps of reasoning within normalcy. It is as if an individual counting numbers 1, 2, 3, 5; never within any known written text (again excluding Confucius, Xunzi, and Laozi) has the number 4 been included. The omission of the reasoning had originally been assumed to have merely been caused by the authors themselves having mental difficulties, but after seeing that the missing ingredients were all but universal, then there was no other option but to admit that the mental ingredients do not exist in normalcy.

Upon finding several ancient Chinese words that are suitable for illustrating the need of the mental ingredients for an individual to grasp the words' meanings, it was there that the mental patterning became obvious. Within very specific physics, the normal mind can now be defined.

The following repeats and expands some of what was previously stated, while with the purpose of maintaining a flow of parallel sequences.

In the 1990s, arising from over a decade of a growing curiosity of what normalcy is, I devised the Sensory Quotient (SQ) test, the 'three concepts' test, and other tests to be as a measure of what is normal in the general public. The tests provided large sums of good and useful data, but the tests could not define the verbs of why over 99% of the general tested public were unable to describe any object, nor able to connect three thoughts.

Basic functional cognition (able to connect 3 and 5 with 4, and is commonly observed within a small genre of the population) scores a 720 SQ, and a sustained cognition scores 1,440 SQ (sustineo reciproca genre, where the scoring changes to a different method of evaluation), but of the ~10,000 individuals tested within the general public, only two individuals scored 180, and everyone else scored 90, which, technically, is zero, and, thus, is normal.

The 'three concepts' test verified that normal people — irrespective of IQ — cannot connect thoughts. Yes, it is true that normal people do believe that they can connect all thoughts, but the people believe so because they are incapable of mentally recognizing the elements that are missing in-between the individuals' own thoughts.

The answer to the question arrived within a contrasting of written evidence spanning about 3,000 years from the China region, to Europe, and then to North America. One contrast is that a very specific topic has never been written about in any known science, religion, philosophy, nor any other ideology. A second contrast is found within very specific mental constructs that are based upon the connecting of thoughts: throughout written history, all normal people have always been incapable of connecting a specific sequence of thoughts.

The third contrast is what enabled a definitive explanation of what normalcy is, why normalcy exists, and how normalcy arrives. The 'what-why-how' are based upon the laws of Nature, of what is real in the real world, of which a normal person might name to be physics.

Most commonly, when I finalize a research project, I rarely speak more of it, but rather merely go on to the next project. However, due to the importance of the topic, I might invest some time into writing a sizable account and description of the normalcy research project, but if I do, then I will present it as an e-book, and not let it be a mere article.

One hope is that it might be possible to enable a normal person to acquire the ability to connect thoughts. Although acquiring the ingredient late in life cannot be of a quality as what other individuals acquired early in life, still it seems better to be late than to not arrive at all.

As an endnote, it is very interesting that at least once was found a series of sentences in an ancient Chinese text that might could enable inexperienced individuals the ability to connect their disconnected thoughts. If I later enter into that line of research, then yes, I would like to test how effective the old teachings might actually be.