Studies of Cognitive and Emotional Decay Leading to Dementia 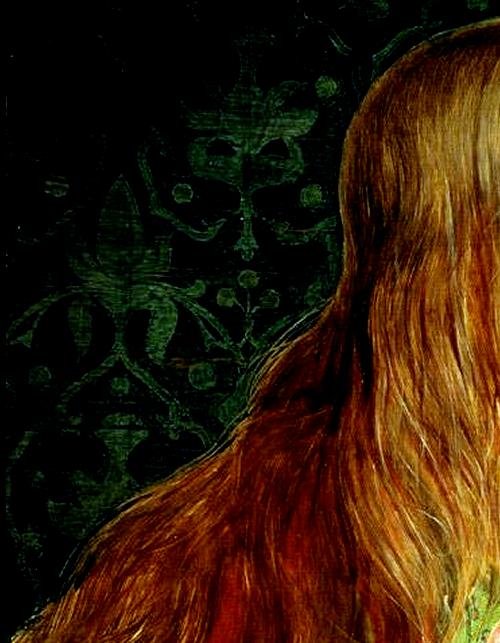 The concept of dysfunctional behavior implies inaccuracy within a behavior that uses three or fewer connects and usually results in behavioral contradictions.

The mental recognition of a thing's existence requires that the thing is sufficiently contrasted to other things. The recognition and quantifying of normalcy requires contrasts that are measured from outside of normalcy. The markers that are popularly used to define normal cognitive decay are presented from within normalcy's point of view, which cannot and do not provide sufficient contrast. By applying additional markers that are absent in normalcy, the contrasts illustrate that cognitive decay begins prior to normalcy, progresses through normalcy, and ends at death.

Definition example: The physiological response commonly classified and named anger might sometimes be useful when expressed as a brief response to an immediate physical threat, but the emotion still harmed the individual that expressed the emotion. When anger serves no usefulness, and when the anger is not consciously controlled, then the chronic anger becomes a destructive behavior for the individual as well as the individual's society and species.

Negative emotions are documented throughout written history to be the norm of mankind. All past and present scientific, philosophical, and theological references to emotional states are almost entirely of negative emotions. No known rational definitions of positivity and negativity exist within science and philosophy. The Sensory Quotient project verified that normalcy cannot consciously observe any sensory perception, which helps to explain some of the reasons of why science and philosophy do not know what an emotion is, and thus, cannot rationally define what the word emotion implies.

Some forms of dementia within normalcy appear to mirror sleep-states. Sleep-states are commonly accompanied with attenuated sensory perceptions, reasoning that omits pertinent data, and linear events that are disconnected with no content nor rational sequencing in-between.

An underlying nature of coherency within the human species is the intellectual capacity to care for things and beings outside of one's self. The callous disregard for others is a central symptom of psychopathy. The purposeful disregard for the thing being observed is often a central theme of the scientific method.

Modern science has measured that negative emotions severely damage the body and mind, and science has recorded that emotions are passed down to offspring, but science still promotes negative emotions while ignoring positive emotions. Modern science has created lists of emotions, but all of the listed emotions are negative. A recent scientific claim is that all biases are formed unconsciously. The finding might indeed be true for the scientists, but definitely not true for all humans. Scientific theories of the mind are rarely coherent, but the theories themselves do help to illustrate the normal mind's sleep-like state.

If negativity and dementia have been normal progressions throughout history, and if it is normal for normalcy to exist within a semi-sleep-state, then why is there a rapid increase of observable dementia within the current era? Is the rise of dementia in all age groups caused by nutrition/toxins, negativity, evolving digressive heredity, disruptive technologies, a natural physiological reaction to over-crowding, a further imbalance of sleep-states, or something else, or a combination of many?

[5] Frequent inventive social memory creation. Durational relationships disconnected vertically and linearly at memory markers (verification through absence of relational descriptions). Pronounced sociopathic/psychopathic behavior. Incapable of recognizing behavioral effects upon self and others. Hazard to self and public. Average to sub-average normalcy. (#ii: Degradation into inventive social memory increases relative to social dependencies. Rising percentiles are anticipated to overlap and to coexist with #4.)

[a] Markers outside of normalcy illustrate that Alzheimer's-like and psychopathy-like symptoms (linear and vertical disconnects) are inherent and naturally-occurring throughout all levels of normalcy.

[d] No known source of positivity exists within normalcy. From within the normalcy point of view, heightened negativity (selfishness) is positive.

Each study has different histories which projected different sequences and momentums of progression. The atrophy of durational connects appears to parallel and follow the increase of selfishness and callous disregard for others (sociopathy / psychopathy). The trajectories of marker-progressions appear to infer that similar sums for each would occur if not for variations of nutrition, heredity, environmental influences, and emotional histories.

The primary focus has been upon the study of how the underlying emotions influence the fluidity and atrophy of durational connects. It appears plausible that the progressive degeneration of durational connects occurs upon the pivotal point of selfishness. Debates of the tipping-point progression agree that it is likely not possible to reverse negative regressions without the preexisting presence of an underlying positive emotional content.

No direct investigation has yet been given to how attention-diversions exceed normalcy's cognitive capacity. The leading question is asking for markers of when distractions begin disrupting the normal linear and vertical connects. It is suggested that excessive attention-diversions (e.g. mass news media, television, and cell phones) are responded to with negative emotions, which if sufficiently frequent, become the precursors of permanent cognitive damage.

Pre-normalcy markers were only observable within individuals who do not watch normal television nor use mobile communications. Question: does the use of some forms of modern technology exceed the inherent limits of human mental stability? Question: how severe is a child's mind stunted when a parent gives the child an electronic game instead of permitting the child to develop their mind through natural play with natural objects? Experiment: would cognition improve if distracting technologies were removed? Experiment argument: normalcy has existed throughout written history, which precludes normalcy as being a modern phenomenon of modern technology. Experiment counter-argument: social cognitive decay is measurable and directly parallels modern technologies and mass communications during the past fifteen years. Experiment counter-argument: generational shifts of interpretative ideologies and morality are natural; the era of mass communications might merely be coincidental or an exasperating environmental influence. Consensus: [1] the mental patterns as recorded throughout history illustrate rational connects that are less frequent today, [2] peaks of sociopathy directly follow the peaks of negative mass media, [3] dementia is increasing.


(Disclaimer: This article is the author's opinion that is based upon an eight-year research project that ended in 2016. The article is presented as information only.)