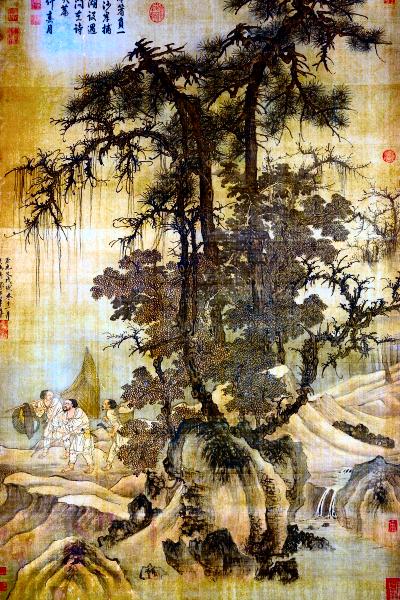 
Four very easy proofs that you might be smarter than the people who are popularly claimed to have been the smartest men on earth:

1: You Know That You Self-Learn

According to scholar-philosophers and the masses, they claim that you cannot know anything without reading a book and being taught by a teacher. Example: "In studying there is nothing better than being intimate with a worthy teacher." (Homer H. Dubs)... "Therefore it is said: "In learning, no method is of more advantage than to be near a man of learning." (John Knoblock).

All people who are smart enough to know that they learned almost everything on their own, immediately recognize Dubs' and Knoblock's statements to be 100% false. The Xunzi books, and all authentic ancient Chinese Confucian books, speak of firsthand observations and firsthand learning, but all known English-speaking scholars have claimed that self-learning is not possible.

It is also popularly believed that even child prodigies must be taught everything from teachers who are themselves not as intelligent as the prodigy children: "...No matter how remarkable are the feats of child prodigies, these feats are not achieved without intensive, prolonged, educational assistance." (Dr. Feldman).

If you are smart enough to recognize that self-learning does not require books, nor teachers, then you are smarter than every person in the popular online 'world's smartest people' lists.

2: You Know That All Things are Composed of Ingredients

Go outside. Look around. You will see that everything, everywhere, throughout the universe, is composed of ingredients. It is utterly impossible for anything in the known 3D Reality to exist solely of itself.

Observe what is real in the real word of Nature. Self-learn. It is very easy.

But popular science, teachers, and governments claim that there are no ingredients of intelligence. A popular scientific claim is that all thinking is a magical "brain function": "This is what we should expect if we have a moral sense which is built into our brains..." ..."Perhaps it is our genetic inheritance that explains why those of us with no allegiance to a holy book or a pope or an Ayatollah, to tell us what is good, still manage to ground ourselves in a moral consensus, which is surprisingly widely agreed." (Oxford University biology employee Richard Dawkins).

Dawkins' statements of 'brain functions' and 'genetic inheritance' permanently proved that he had no knowledge whatsoever of morals, consciousness, thinking, nor anything else realted to the human mind, nor did he know anything useful of the same physics of science that he preached as being gospel truth.

It is very easy to prove all known biologists and scholars to be ignorant, unlearned, and incapable of functional intelligence.

100% of all individuals within the popular 'world's smartest people' lists believed that all thoughts and consciousness were 'brain functions' that had no ingredients.

Are you smart enough to recognize that the alleged 'smartest people on earth' were actually quite stupid?

3: You Are Able to Hear Deceit

Within the Normalcy project, a rewarding discovery was of the how and why many people are unable to hear deceit in voices, nor able to discern variables within the sense of smell. As a brief analogy, the thinking mind is as a thousand-cylinder engine that is fine tuned and purrs along very smoothly, but, some individuals are only running on one or two cylinders that repeatedly miss-fire and cause harsh shaking.

All individuals in the known 'smartest people on earth' lists, only ran on one or two cylinders, and none of the individuals exhibited an intelligence higher than the norm.

Also from Olfactory Perception The Sense of Smell: "...Richard Dawkins' Darwinist book The God Delusion. From page 417: "I've speculated that bats may 'see' colour with their ears. …The point is that the nature of the model is governed by how it is to be used rather than by the sensory modality involved."

Again Dawkins proved that he knew nothing of the mind, and too, he himself was unable to hear deceit. If Dawkins had been able to hear deceit, then he would have heard the deceit within the many religious individuals of whom he had spoken with and recorded in his videos.

Individuals skilled with the sense of hearing and thinking, are able to hear deceit and numerous related features of voice tones. A humorous event was of two teenage children who had attended a concert, but were late leaving the building. When the children finally arrived at a parent's car, the children attempted to excuse their being late. The parents heard the deceit, and also heard the reasons of why the children were late. As one of the children told the other, 'I told you my parents would know'. Voice tones are obvious to some people, but not to all people.

Other ancient Chinese texts speak of similar, that nothing is hidden, but rather, as a big cave hole, it is obvious.

But it is not obvious to scholars. The inability to hear voice tones, and to recognize body language, is a mental difficulty.

Also from the same article as above, is a description of one person's sense of smell: "…brewing coffee, the smell does not… occupy more or less determinate locations... the smell simply pervades." (Clare Batty)

Years back, I saw a dog with its head stuck out of a car's window, and I watched the dog's method of flexing its nose. I was curious of which method, and of the quality, that the dog was possibly using to discern aromas. Dogs and other small animals actively mentally participate in their sensory perceptions, but humans rarely do. If a person wishes to be smarter than a common animal, then the person will give self-effort to self-learn and to self-think.

Many people are unable to hear deceit within the voices of politicians, preachers, used car salesmen, and others. Fewer people are able to discern the variables within aromas. Even fewer people are able to discern intricate body language. No name within the 'smartest people on earth' lists is associated with their being mentally capable of hearing voice tones, smelling aroma variables, nor of reading intricacies of body language.

If you are able to easily hear deceit in voices, then your mind functions at a level that is far superior to everyone within the known 'smartest people on earth' lists.

4: You Know Flat From Curve

Go outside. Look. See that nothing in the universe is flat. Literally nothing is flat. All things have curves. All things.

Stay inside. Memorize arithmetic from a book. See that the man-made language of arithmetic can only go from point A to point B. Self-learn that arithmetic is flat.

Now, reason the self-learning: how can flat arithmetic measure a curve? It cannot.

Self-learn, observe and know that all things are composed of ingredients, hear what exists within all sounds, and know that man-made languages cannot measure Nature. People who self-learn, they are the smart humans.