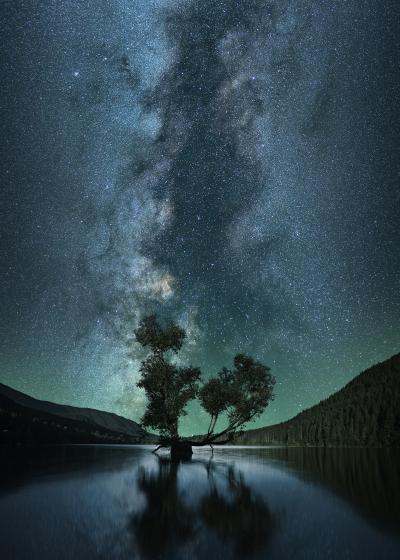 
The topic of Nature-based logic is actually quite difficult to write about, not because of the topic being complex, but rather because of the topic being too simple. Example: explain to someone that everything exists within cycles, including the sun and moon. Yes, you could point at the sun and moon while speaking of how each day and night are cycles, and you would expect a person to grasp what you are pointing at, but, what if the person still does not comprehend? How would you arrange your words to explain that the sun and moon exist within cycles? Think about that, of how difficult it is to explain what ought to be obvious, and of how to explain it in a manner that the people could comprehend.

Explaining Nature-based logic is similar. Pointing at bread, we say 'correct ingredients and correct sequences make bread'. Everyone agrees, but never in the recorded history of mankind have humans applied the logic in their lives. Pointing at all things in the universe, again we say 'all things are composed of ingredients and sequences', and again everyone agrees, but also again no one applies the logic.

Example: today's science has no knowledge whatsoever of any ingredient nor of any sequence related to thinking, dreaming, memories, emotions, beauty, learning, consciousness, species recognition, gender recognition, attraction, shape recognition, counting, division, multiplication, language, olfaction, audition, taste, tactile sense, sight, nor of any other topic related to the mind, and yet scientists and scholars do claim to know everything about the mind (except for a few individuals admitting that they do not know what consciousness might be). The same individuals do, of course, claim to know that 'all things are composed of ingredients and sequences', but it is easy to observe that the individuals have never applied the knowledge, nor are they able to describe any ingredient or sequence.

Numerous articles on this site provide quotes from scientists and scholars that illustrate that the authors do not truly believe 'all things are composed of ingredients and sequences'. A selection of the articles: Ethics Solution, Free Online IQ Test Questions and Answers, Olfactory Perception The Sense of Smell, Atheist Ethics, and Prodigy Myths Autism and History.

Most people know to use the correct ingredients and the correct sequences when baking bread, building cars, building houses, and making clothing, but never in the history of mankind has man ever applied a similar reasoning when making governments, schools, sciences, religions, and ideologies. Never. Not once. Totally and completely never happened.

If it were not for individuals like Qinren (Laozi), Confucius, and Xunzi, there would not so much as be a writing about how almost all people 'ear to mouth' memorize and recite words; the very same words that the people have never applied nor understood.

Depending on how an individual wishes to express the Zhong Yong (Doctrine of the Mean) book's concepts, the original Chinese words can be given different English names, but the over-all concept remains unchanged: Nature is the sole standard that all else is judged by. The following is a variation of amongst the first sentences within Zhong Yong.

Able to leave, not way.


In the given wording, 'heaven' implies the origin and bestower of the principles and acts (physics) that enabled Nature to exist. Many people today might interpret 'heaven' to imply a God, a Source, or a Big Bang. In the second sentence, Nature is indeed self-evident, and Nature is indeed the one and only correct way (dao). In the third sentence, Nature's way of creation is learned firsthand by observing Nature's way. Today, man's governments, sciences, academia, and ideologies deny that Nature is the sole teacher of correct knowledge. In the fourth sentence, it is true... no one can leave Nature, not so much as for a short moment, even if necessary. In the fifth sentence, if a person can leave the way, then the way was not Nature's way.

For some of us, the learning of Nature's way of ingredients, sequences, quantities, multiples, divisions, parallels, ratios, durations, angularities, and cycles, was one of the very first things learned in life. To us, Nature-based logic is overtly obvious and simple. For some people, even as adults, they have still not learned any.

The ancient Chinese — Laozi, Confucius, Xunzi, and perhaps a few more — held a far superior knowledge and understanding of psychology and physics than what western science will ever possess.

There is no contest between Nature-based logic and science: Nature always wins. When man permits himself to believe in governments, schools, sciences, religions, and ideologies, man always loses.

It is one of the single most important things for all human life, and yet, after more than two-thousand years, still it is never done. It is a very easy thing to do, but still, it is not done.

The easy thing, is what has been written of many times amongst these articles: all things in Nature are composed of ingredients, and all of the ingredients were combined in specific sequences. All healthy people know that, because, it is obvious everywhere throughout Nature. But, except for the rare few individuals who are able to self-think, still no one will do it.

When the topic of the developing mind arises, some of us can speak for days describing intricate details of ingredients and sequences, but 100% of all governments, schools, sciences, religions, and ideologies are fully silent. Is the silence not obvious?