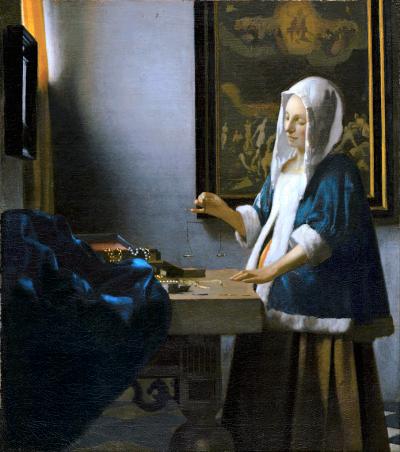 
"Perhaps it is our genetic inheritance that explains why those of us with no allegiance to a holy book or a pope or an Ayatollah, to tell us what is good, still manage to ground ourselves in a moral consensus, which is surprisingly widely agreed." — Richard Dawkins (at about 00:42:30 of part 2 of "Root of all Evil").

There are almost as many different interpretations of ethics as there are individuals voicing their belief of what an ethic is, and if the public is so divided on the definition of a single word, then there needs to be established a method that everyone can themselves verify whether or not their interpretation might be right or wrong. That method is self-logic, not a memorization of answers, nor a membership in any of the thousands of sects that proclaim of themselves to possess the ultimate truths, but rather the method is to be acted upon and witnessed as evident within each individual. The origin of ethics is logic, your own logic.

It was originally planned to not speak of the nature of ethics on this website, but rather — in my usual manner — to only present concepts that would hopefully lead the reader into a personal search for more answers. Due to numerous reasons, one being that the general public has been well-trained to not question authority while accepting memorization of unknowns as knowledge, it has been decided to include brief but not well-clarified analogies of the nature of ethics. A substantial quantity of further clarification can be found on the Applied Ethics page.

As uncomfortable as it may be to accept as a reality, within common man there is a fear of thought, a deep tormenting fear that halts questions and investigations into topics that have for so long remained within the realm of debate and declared by popular opinion to be unknowable. The following information should be read while remembering that it was purposefully written with missing elements. If an individual is interested in the topic, then s/he can learn what the missing elements might be, but if the individual is not interested in the topic then s/he may find a happier life not knowing of the information.

In part, a healthy individual begins learning of his/her world while still in the womb. Sensorial perceptions are perceived (usually subconsciously), stored as memories, and as new sensorial perceptions are experienced, the mind compares the new experiences with the memories — acts of logic — to determine how the experiences might relate. As the child grows and experiences the observations of Nature, the child (usually subconsciously) learns what is correct and incorrect relative to Nature, i.e. rocks fall, rocks do not float in the air, kinetics, and many other things that humans tend to term to be intuitive and/or innate. The physical mind is structured within the laws of Nature (physics), and the mind cannot learn anything beyond what is possible within its design and ability to sensorially perceive.

An analogy is that of the mind possessing a million scales, with strings tied between each scale, and as one scale is weighted with an observation, the scale's change of height will be determined by how taunt the strings might be between the scale and other scales. Through analog weights and tensions each perception is weighed to previous perceptions, and the result is an act of logic. If the scale that is weighted with the memory that rocks fall is compared to a new perception of hearing someone say that rocks float in the air, the scale will not be moved because the weight of personal firsthand experience outweighs that of hearsay. But if there exists another scale, one that believes hearsay is more valid than personal firsthand experience, then the person's logic will conclude that rocks do indeed float about in the air.

Similarly, an individual's concluding logic will be in agreement with the scale that the individual has placed the most weight within and believes to be the most correct knowledge. If an individual's self-chosen scale holds a heavy weight of belief that a god exists or does not exist, a weight that no other personal experience can weigh more, then all of the individual's thoughts will be judged and held within their position by the heavier belief. All things in the universe are wave-based, all things are structured upon potentials and tensions similar to the analogy of weights, and so is the mind.

A common electronic interpretation of logic, which is not too distant from the actual physics of the mind, is that of an electromagnetic field with billions of harmonic waves resonating within and around the physical mind, and logic would be the interaction between the waves, the 'coloring' of each wave by another wave, and the stronger a wave might be, the more it will color another. A small portion of this concept was written in the book Reality. The human mind is structured upon waves, the human mind did not pop into existence outside of the laws of Nature, and thus the human mind must conform to and develop within the laws of Nature, which will be waves of force not too distant from the popular interpretation of electromagnetic fields (I am merely hoping to present a mental picture of analog tensions to be used as an analogy, nothing more).

Due to Nature being relatively simplistic in its foundational laws, specifically that of speed and mass being the elements that dictate the kinetics of an object, it is to be expected that thinking animals will form similar systems of beliefs by the animals having sensorially perceived the same foundational laws, and it is to be expected that since over ninety-nine percent of humans think and apply logic subconsciously, then so will man's sense of ethics arise into his consciousness without his knowing by what means that the ethics arrived.

Richard Dawkins is perhaps the world's best known biologist, the Billy Graham evangelist of atheism, and it appears reasonable to assume that if Dawkins does not know why a similarity of morality exists within humans, then the information may not be available to the scientific community, and it is all but certain that the information has not been shared with the public.

"The theory of the foundations of morality... For the remainder of the practice of life some general principle, or standard, must still be sought; and if that principle be rightly chosen, it will be found, I apprehend, to serve quite as well for the Ultimate principle of Morality... I merely declare my conviction, that the general principle to which all rules of practice ought to conform, and the test by which they should be tried, is that of conduciveness to the happiness of mankind, or rather, of all sentient beings: in other words, that the promotion of happiness is the ultimate principle of Teleology." — John Mill A System of Logic.

Mill's Utilitarian theory — of happiness as being the standard of morality — is an end-product, the preferable results of good morality, and not the origins nor the measure of what morality is itself. Mill's standard aimed at a destination without first having a route to reach the destination, which left open the door for more philosophical debates that never held the possibility of being agreed upon.

But then, what is the solution?

The solution is similarly simple: for man to care to observe accurately, to care to retain memories of sensorial perceptions accurately, to care to apply accurate logic to the observations, and to care to speak accurately, that is, for man to think and behave as intelligently as he is capable. The caring becomes the standard, the heaviest weight, by which all other choices are weighed, and the caring is not to be one of avoiding punishment or of receiving rewards, but rather one of caring about one's own quality as an individual.

Update August 23, 2020: Interestingly, since the time of when this article was first written in 2009, news reports have stated that research has shown that "thinking is aversive" to most people. Regardless of whether the news reports and/or research project(s) were valid, the claims do appear to possess a general agreement with what was stated in this article: "within common man there is a fear of thought".

Aside from this update notice and the addition of two hyphens, the article's wording has not been changed from it's previous version.