How Much Electricity Does an Electric Car Use - Part 3

All U.S.A. government agencies' information ought to be read with caution. An example from fueleconomy.gov: "EVs convert over 77% of the electrical energy from the grid to power at the wheels. Conventional gasoline vehicles only convert about 12%-30% of the energy stored in gasoline to power at the wheels." The government claim is misleading, incomplete, and false. The fact is that electric cars only convert maybe 20% to 25% of the energy stored in natural gas, which, therefore, is similar or less efficient than well-tuned gasoline engines. The government claim erroneously omitted that the energy on the grid had to come from other energy sources.

Another example: "Generally speaking, an electrical motor is far more efficient than an internal combustion engine at converting potential energy into work - turning the wheels that may move a car down the road, as there is minimal waste heat coming off the motor parts, and zero heat cast off by the coolant radiator and out of the exhaust." (Gasoline Gallon Equivalent, Wikipedia) 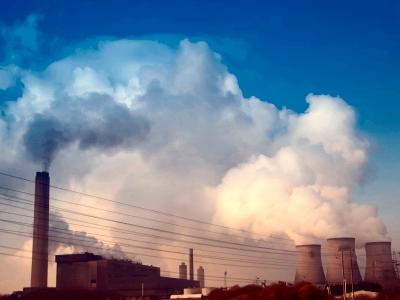 As is normal, the Wikipedia article does not agree with the laws of thermodynamics, nor the conservation of energy, nor agree with any other science, nor even agree with commonsense. Electric motors do get very hot and will severely burn flesh. Known electric car manufacturers route the hot air from the electric motors to be used for heating the cars' interiors.

Traveling at highway speeds, an electric car's motor will continuously consume about 22,000 continuous watts of electricity. The electric motor will emit an equivalent quantity of heat as what would occur if you placed 22 each 1,000 watt electric space heaters in your room, and had them running full-time at maximum heat. The Wikipedia's claim of "minimal waste heat coming off the motor parts" is fully false.

For several months I visited regional power plants and their offices while doing security systems work (hot, stinky, dirty work throughout the plants, including the offices). There are hundreds of employees working full-time at each plant, and the quantity of energy expended within the plants is huge (similar can be said for oil refineries). The point here is to not ignore the energy, resources, and human life that are consumed long before an electric car's battery ever receives a charge.

Actual energy consumption includes all factors, including everything from drilling for gas, to the chilling of natural gas, to the pumping of the natural gas to power plants, and everything in-between including the buildings, machinery, mining for ore to build the machinery, pumping water supplies, and on and on including the energy consumed by the human workers themselves. It is not possible to measure all of the consequences of producing electricity, but it is easy to recognize that the quantity of energy required to produce electricity — and thus is released as heat (laws of thermodynamics and the conservation of energy) — is hundreds if not many thousands of times more than what is consumed by the electrical device itself.

Over-all, electric vehicles pose no environmental advantage over gasoline powered vehicles, but rather, electric vehicles damage the environment far more than do gasoline cars. Planet Earth needs flowing water as much as a human needs flowing blood. Stop blood flow in a vein, and the surrounding tissue will die. Stop water flow on earth, and the surrounding environment will die. The laws of Nature apply to everything, including humans and the environment. What works for one thing, works the same for other things. Regardless of whether an individual names it to be physics, laws of Nature, or heaven under, the same laws apply to everything. Depleting Earth's flowing waters will have a similar effect as depleting a human's flow of blood: everything above and below the soil dies.

The Paradox article speaks of observable environmental destruction and threats to human life caused by dams. A gallon of clean water is infinitely more important and valuable than all of the world's electrical production combined.

40,000,000kWh equals about 136,480,000,000 BTU = about 1,195,564,800,000,000 BTU of electrical energy being released into the atmosphere annually from cell phones and other wireless devices. The laws of physics apply: the energy of an electromagnetic wave is constant, even if the energy at any given point is relative to the spatial distances from the source. Analogy: a can of compressed air may have 100 pounds of pressure energy, but when the can's compressed air is released into the atmosphere, the pressure may not be detectable a hundred miles away, but the energy itself does indeed add to the total of the atmosphere's density pressure. Similarly, 8-billion cans of compressed air being released into the atmosphere hourly would be detectable throughout the world. Electrical waves also have limited range because of atmospheric resistance. Resistance causes heat. If the heat cannot be dissipated nor converted, then the trapped heat will not dissipate.

Nature's laws cannot be sidestepped nor superseded. Even ~2,500 years ago Confucius is accredited to having had said similar in Zhong Yong: 'person not able for a-moment (to) leave'. Cell phones and all other wireless devices are strong contributors to 'global warming', and is verifiable by physics, and yet 'global warming' protesters still use cell phones.

Some people are highly allergic to diesel exhaust fumes, some people are highly allergic to gasoline exhaust fumes, all living beings are sensitive to electromagnetic fields (many people are especially hyper-sensitive to microwave frequencies), known individuals have had cancers approximately three inches from where they carried and/or used their cell phones (the 3" range is where one of the harmonic fields form within broadcast microwave frequencies), and some people are highly dependent upon electricity to sustain life. There is no one single fix. The better choices reside within everyone simply using what is necessary to accomplish a specific task, and to purposefully not use more.

People once bought higher gas mileage cars to help save the planet, but the people then drove more miles and caused more pollution by buying more cars and bigger homes to store the cars. The global mantra is 'buy-buy-buy'. Many people sincerely do believe that buying more stuff can enable the world to somehow get cleaner. Many people today believe that buying electric cars will save the planet. Buy-buy-buy remains the mantra. Hoarding is a mental disease. Hoarders buy-buy-buy. People buy cell phones, people buy wireless routers, people even buy things like toilet paper dispensers that wirelessly telephone the user to let the user know if their roll of toilet paper is getting small. No quantity of buying more stuff will reduce the quantity of energy consumption, nor can buy-buy-buy save the planet.

Except for short spans of time, I have not owned a car in over twenty-five years. The economy car in my drive is titled under my wife's name, and is driven less than 1,000 miles a year. To some of us, the A&E television series Hoarders shows homes that are not all that much different than most homes in the U.S.A..