How Much Electricity Does an Electric Car Use - Part 2 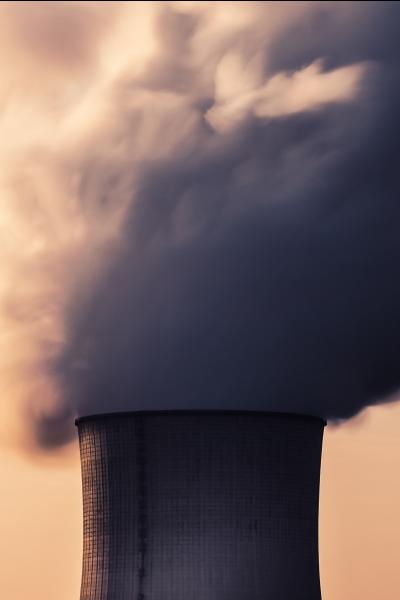 As per the EPA, CO2 emissions (molecular reactions) per mmBtu of natural gas is about 117 pounds. Therefore, 85.3% of 117 sums to about 99.8 pounds of CO2 are emitted per 250kWh of electricity generation.

As per the EPA, CO2 emissions (molecular reactions) per mmBtu of gasoline is about 19.6 pounds per gallon (as references explain, the weight of a gallon of gasoline is about 6.3 pounds, but when the hydrogen and carbon atoms are separated during combustion, they then recombine with oxygen atoms, thus creating heavier molecules). At about 114,000 BTU per gallon of gasoline, about 8.77 gallons of gasoline will produce 1 mmBtu, and emit (cause through molecular reactions) about 172 pounds total CO2.

250kWh of generated electricity may enable an electric car to travel approximately 220 miles at highway speeds (without use of an electric heater, air conditioner, nor any other high wattage accessory) while emitting (causing) about 99.8 pounds of CO2 (along with the release of methane from wells and handling, which traps about 90 times more heat than CO2), plus consuming about 500 gallons of water. Common reported averages of mileage for a 50kWh electric battery are closer to 190 miles, but the emissions and water loss would remain similar.

A gasoline powered economy car at about 35 miles per gallon for 220 miles at highway speeds will consume about 6.3 gallons of gasoline (while with use of a heater, air conditioner, and other accessories), and emit about 123 pounds of CO2.

A gasoline powered economy car at about 40 miles per gallon for 220 miles at highway speeds will consume about 5.5 gallons of gasoline (while with use of a heater, air conditioner, and other accessories), and emit about 108 pounds of CO2, which is very similar to electric cars.

Hydroelectric does not require fossil fuels, but the water consumption is approximately 32.6 times more than natural gas. 55,000 gallons times 32.6 sums to about 1,793,000 gallons of fresh water consumed annually by each individual electric car. Damming rivers also has the consequences of destroying the environment downstream.

As a general whole, and within real-world scenarios, economy gasoline cars are able to emit similar or less global warming CO2 than electric cars, plus do so without straining the national grid, and without depleting precious national water supplies.

Of the many dozens of other research sources seen, the water consumption ratio of 12 natural gas to 1 gasoline remains to be the closest estimate.

Where does the evaporated water go? Typically, the vapor would follow the winds. West winds would carry the vapor towards the east. Regions that are east of waterless deserts will not receive the vapor, and thus the water evaporated from the regions may be permanently lost. About fifteen years ago, and based upon available statistics of water consumption, it appeared that the quantity of fresh water being consumed globally from ground and underground resources was near the quantity of water that was being reported to be rising in oceans. If the speculated estimate were given further investigation, and if verified as plausible, then the oceans may not be rising because of global warming, but rather might — in part — be rising because of inland water use, including electricity production.

The consequences of electricity production do not begin and end at power plants.

Annually, the USA is reported to currently consume approximately around 4,200-teraWatt-hours (4,200 million-million watt-hours).

As a whole, electric power plants in the USA are reported to withdraw a little over 40% of all water used in the USA, which is similar to the quantity of water that is withdrawn by agriculture. Different government agencies give different numbers, but the reported totals of water withdrawn for electricity production range from around 133-billion to 322-billion gallons of water withdrawn daily (with most of the heated water being returned to the sources). According to the USGS in 2015, 15 gallons of water was used to produce 1 kWh of electricity (which is about 225% higher than the averages from Well-To-Wheels).

How Much Electricity Does an Electric Car Use - Part 3 summarizes the impact that energy production has upon the environment, while also lightly touching on the misinformation commonly given by government and online sources.