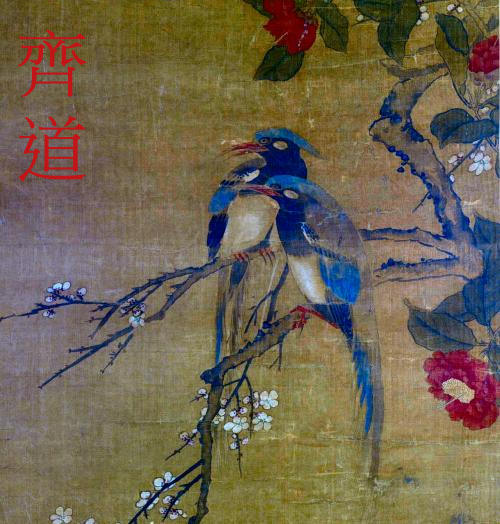 
6. Question: Some individuals have said that ancient Chinese texts cannot be understood without the translator being an expert of speaking 'classical' Chinese.

Answer: More accurately, regardless of any individual's skill with languages, no one alive today can accurately translate any ancient Chinese text whatsoever. If ancient Chinese could be accurately translated, then all academic translations would be almost identical of wording, but all academic translations are hugely different from each other, proving that language skills have little relevance to the accuracy of a translation. Also, all languages' meanings of words shift each generation, and no English-speaking individual under thirty years old today can accurately translate what was written in English fifty years ago (e.g. in country, farm, biker, man, etc.). All words of all eras always reflect the eras' current cultures, and only the individuals who were alive during those eras — and who shared similar life experiences — are able to somewhat accurately interpret an author's conversational words. It is absurd for a city dweller to assume that they can accurately conceptualize rural life, and similarly absurd is for modern English city dwellers to believe that they can grasp the thoughts of people living in an ancient rural Chinese culture. The best that a translator of ancient Chinese texts can hope for is to glean a good general idea of what an author was pointing at, and to then arrange the words accordingly while still retaining the original patterns. Also, the ancient Chinese texts were written within different regional dialects, some of which are very uncommon, not mutually intelligible, and are not relevant to modern classifications of spoken 'classical' Chinese. (See Creation Stories for additional references to 'classical' Chinese.) Also, just because someone may have used the same Chinese symbol as someone else, it does not mandate that the written symbol must mean exactly the same thing to both the author and the reader (the same applies to English). Also, being an 'expert' of speaking any language, still does not infer the ability to understand what the words mean (e.g. western philosophy). Also, without firsthand experience with a topic, no one can understand the words, not even when spoken to personally (e.g. 'VTM potential scale variance over five-hundred percent relative to SSVOM, substantiating biological potential of unnamed field' and 'divide one oneself'). Also, English itself is a mishmash of words from many different languages with no definitive origins and no definitive definitions: words like 'abba', being found in Greece, the Middle-East, Korea, and now also found in English. English texts of only about a thousand years ago, like the Beowulf, not even those share a sameness of academic 'translations' from Old English to modern English. Any claim of full accuracy of any language's ancient text is defacto absurdum.

5. Question: Some of the ancient Chinese texts speak of spirits dwelling in all physical matter. Does this not prove that the cultures were primitive and therefore the adjoining philosophies must also be primitive?

Answer: Not necessarily. Similar beliefs of spirits still exist today in science and western philosophy, the spirits merely having different names (e.g. electricity, magnetism, gravity, etc.). Also similar today, there are many popular systems of belief, but the systems of belief do not invalidate nor supersede the laws of Nature. Also similar to today, almost all writings propound a culture's current popular beliefs, while only a rare few writings speak of topics sans popular opinions. Likewise are the ancient Chinese texts, which illustrates that mankind as a whole has not changed much during the thousands of years of recorded history.


4. Question: Why use old Chinese texts? Why not use modern texts?


3. Question: Why would anyone be interested in chi dao?

Answer: No. No ideology bettered humanity in the past, nor will one better humanity now. The only way to better a person, is for the person to better themselves.