William James Sidis – When a Prodigy is not a Prodigy 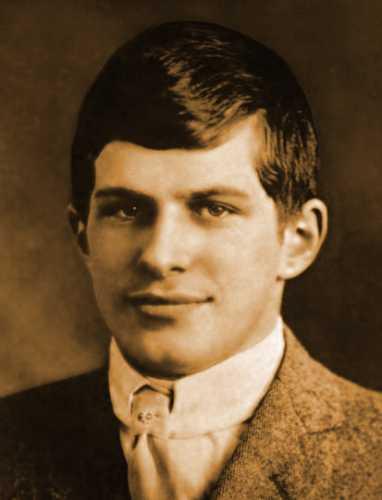 
The following was taken from an old blog post. The topic's value is that it lends an additional angle of comparisons to Confucius' and Xunzi's comments about the inferiority of the 'ear to mouth' style of academic knowledge.

In a recent email to a friend, on the topic of conceptual physics, and relative to my comment in the previous blog entry of "The word "supernatural" means nothing to me, it is an empty and hollow nonsensical word, for if all that exists is Nature, then how can anything exist outside of what is real?", I wrote:

"There would be a difficulty with my interpretations if solid matter existed. I have no mental concept of what 'solid' might imply; it is simply unfathomable to my mind to believe or picture in the mind’s eye that a solid could exist, for what would a solid be composed of? How could it be possible for a solid to come into existence without it being composed of 3+ elements? A solid would imply that it self-created itself from nothing at all. If solid 3D matter were a reality, then there could be no other dimensions, nor could there exist energy of any form, for all things would be based upon the solid 3D mass, and if the 3D mass were solid, then no higher or lower dimension could be formed. Popular human science, with its belief in physical matter, is an absurdity to me. All of my earliest perceptions were proven valid, including the multiplying of [...deleted...], and among the perceptions was that this 3D Reality is wave-based, not 'real,' but a [...deleted...]. My logic tells me that if the perceptions were correct a hundred times without fail, then I must also trust the perception of a wave-based 3D Universe."

The University of California at Berkley has a good series of conceptual physics videos presented by Professor Richard A. Muller. The first of his dozens of lectures used to be available online and may still be found through search engines. It is recommended that all of his lectures be downloaded and viewed, and that his home page at https://muller.lbl.gov/ be given an interested eye as well. Muller’s lectures are entertaining and contain information that the general public likely has little knowledge of, including a comment about Roswell, New Mexico.

It is useful for the individual inexperienced in physics to hear a talented and academically qualified physicist, like Muller, to speak of a wave-based universe, and of dimensions of "potentials", but for the purposes of this comment, there exists a desire to illustrate intellectual differences within the human genre. Separating intellectual types into two primary classifications I will term the first classification 'memorizers', and the second classification as 'observers'. The first group, composed of all IQ scores, does not create new useful theories, but rather memorizes information learned through books and education. The second group, observing what is real, recognizes that the information within books and education is lacking in accuracy and usefulness.

To illustrate a simple thing; individuals within the first group have memorized information taught in books and classrooms that the sense of smell is the result of olfactory glands perceiving molecules. Individuals in the first group have placed full faith in the information, and due to the individuals not possessing a desire to challenge popular opinion, the belief has become well-established; as a dogma. Individuals within the second group observe that the scent of animals and objects can be discerned with great detail at distances beyond one-thousand feet away and upwind. If an individual within the second group experiences physical nausea due to an overwhelming stench located over three-hundred meters away, and while a 10-30 mile per hour wind blows upon the individual’s back, then the individual knows through firsthand experience that the mechanism of olfactory perception is not based nor limited upon the detection of molecules, but rather the mechanism must be of a different means.

It is observable that popular prodigies, like William Sidis, exhibited no known evidence of discerning any information beyond the memorization limitations of the first group. Sidis may indeed have been a prodigy, a prodigy as is defined by individuals within the first group, but the second group deems Sidis to have only been a memorizer, and not remarkably uncommon.

Within The Animate and the Inanimate, Sidis wrote of a universe beginning with two masses: "Now, tracing causation thus backwards, we find that molar motions, when traced backwards into the past, will, in all probability, bring us to a time when two masses which are now in motion have been together, in contact." In a previous era, the theory of the universe beginning with two masses was popular; silly but popular. All of Sidis' theories were based upon memorized information from within the first group's beliefs, and no evidence yet exists that Sidis possessed talents exceeding those of the first group's.