What Can a 100 IQ Accomplish 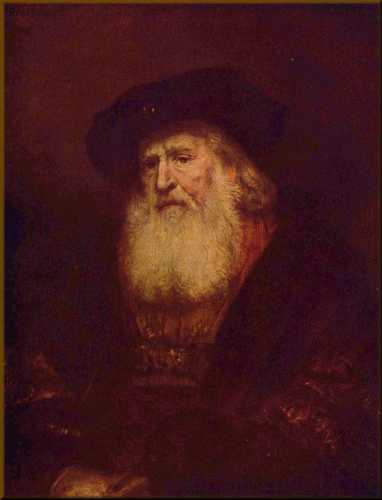 
The following was originally placed on a different site's blog page. Due to the topic being of related value to other articles, I have chosen to recreate it here.

What Can a 100 IQ Accomplish

While searching for an original copy of an article I had written in the past, I came across the following small writing that I had chosen to not make public. Of the many things that I write, only a small number of the writings are made public, and though the following item had been abandoned to remain unspoken, tonight it seemed appropriate that the writing be posted here on the blog…

One of the many reasons why I build and maintain websites is so that I can view the statistics of which keywords people use to find my web pages. By observing the public's questions, I can thereby glean a small idea of what information the public might be interested in learning. I do not know the thoughts of the general public, I do not know what the general public knows or does not know, and it is with my curiosity of humans that I patiently observe, year after year, decade after decade, the behaviors of humans, with my hope that I will continue to learn and perhaps someday comprehend why humans behave as they do. On occasion, a key-phrase touches me with depth, and one search string from a search engine user that I wish to focus strongly on is the question "what can a person accomplish with a 100 IQ?"

I do not know if the person was asking the question for themselves, or if the person deemed that a 100 IQ was useless, but for myself I accepted the question as if it were spoken by a young individual that is distressed with the thought that other people have told him/her that s/he is not smart enough to accomplish anything in life, and the thought of another person feeling such a lack of self-worth hurt me deeply.

In the gifted community there is a sizable degree of competitiveness and/or academic-style debating, and we sometimes too often write with only the thought of presenting our thoughts to the interested individuals who are themselves most often classified as being the so-called 'intelligentsia' of the public. Many of us are inexperienced with 'normal life', our own lives being dedicated to learning, our not having the opportunity nor the capacity to see ourselves from the worldview of 'normal' people, and we are often quite ignorant of how our words and actions might be interpreted by the normal world. It is my hope that this segment will help explain that though the gifted community may often dwell on the importance of intelligence, it does not mean that we are all unaware of the importance of things not deemed as intellectual.

A 100 IQ individual is as important to this Universe as is anyone else; regardless of IQ. Never allow anyone to convince you otherwise. An individual with a 100 IQ can accomplish as much as a 200 IQ, except, of course, for some academic achievements. Below is a list of three things that a 100 IQ can achieve that are universes more important than IQ alone.

Honesty – being accurate in one’s speech is perfection of mind, body, and spirit. A 100 IQ can be honest, which is a thing that not all high IQers can accomplish. If honesty sounds too easy, too simple, then try it, and observe the demands that honesty requires of mind and soul. He who is honest, regardless of IQ, is of a superior mind, one that shadows all IQ scores.

Quietude – parallel to honesty, he who has control over his tongue, who calms his emotions before speaking, who self-reflects on what words he will choose to speak, who weighs and judges his words by love, his mind is superior, as does become his soul.

Accomplish these three things, love, honesty, and quietude, and regardless of what IQ score an individual may have been given, I will stand with the individual and proclaim him/her as the model for humanity. Your value as a human is not weighed upon the digits of mathematics, an IQ score, but rather your value is of the harmonious quality traits that you yourself have chosen to create. It is a logic that many within the gifted community cannot fathom: creative behavior.