Type A and B Intelligence 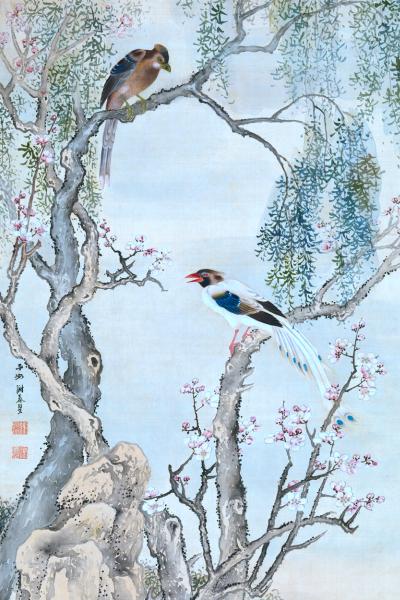 
The following is a segment from an earlier article, followed by comments of how the topic of types A and B intelligence relates to other topics which include the ancient beliefs of Creation as well as the modern Sciencian beliefs of Creation through binary. The primary purpose of this article is to be a reference to point to from other articles.

A common misconception about intelligence is the belief that there can only exist one type and patterning of human logic. It is incorrectly believed that all humans must follow similar sequencings of thought to arrive at a similar conclusion, e.g. the knowledge of quarks can only be acquired through scientific experimentation or the memorizing of the knowledge in school. I will only lightly touch on two types of expressed intelligence, while saving a fullness of explanation to be written on a different page.

The foundation of the type ‘A’ logic, and thus intellect, is structured upon the incorrect belief at birth that the eyes see objects and that the sense of touch is perceiving physical matter. Since the type A intellect is almost universal, so then also is language, culture, science, and education structured to support and perpetuate the type A intellect. Even after an individual learns in school that the eyes can only perceive light-waves, and that the Universe is structured upon waves of energy, still the type A intellect will continue interpreting its senses as the seeing of objects and the feeling of physical matter. The type A intellect has no choice but to incorrectly rationalize that the nature of Nature can only be found by scientifically dissecting the elements of Nature, where it is expected that an object’s nature will be discovered in its composing elements. Once an incorrect foundation of logic is formed, it can never be easily repaired.

The type ‘B’ intellect is born with the rationalized conclusion that this Reality is based on energy waves, plus the thought “so this is how the eyes interpret waves.” Never does the type B intellect believe that physical matter exists, and the type B logic is founded upon a more correct interpretation of what is real. Since the type B intellect has its logic based upon the perception of a wave-based Reality and ‘sees light,’ then the type B intellect naturally rationalizes that the nature of Nature can only be found by combining the elements of Nature.

To further clarify the above, type A science incorrectly believes that the nature of an element can be found by destroying the element itself and then measuring the pieces that composed the element, but the type B science rationalizes that each element’s nature can only be manifested in how it reacts to another element. The type A intellect must study and apply great effort to recognize what the type B intellect deems to be overly simplistic and obvious. As a brief comparison, the type B intellect’s logic is capable of quickly discerning the basic laws of Creation and analytically concluding the three-fold rule that nothing can come into existence without it being composed of no fewer than three elements. By logically comparing the knowledge of the Universe being wave-based, with the recognition of the three-fold rule, the individual’s logic will naturally arrive at the conclusion of all elements being wave-based structures composed of no fewer than three waves themselves. It is to be expected that the infant with a type B intellect will possess a concept of atoms, electrons, nuclei, quarks, and holograms long before the infant first hears the words.

Similar to the 'sees objects' and 'feels physical matter,' the type A intellect usually 'smells objects.' Since the typical olfactory level of humans is limited to near distances, the type A intellect easily believes that the sense of smell can only be the perception of air-borne molecules. A type C intellect, one structured on the sensorial acuity of detecting distinct aromas from a mile away upwind, such an intellect cannot believe that the sense of smell is only based on the perception of molecules.

Chronologically sequenced, the type A, B, and C intellects are different due to, in part, how the individuals' logic was first structured. Once a foundation is in place, never can the thing being built upon the foundation become different than the rules established within the foundation. A house foundation cannot support a skyscraper, and neither can a type A foundation support a type B intellect, nor a B an A.


The author's words appear to substantiate that he was of a type A intellect and not 'enlightened' as some have believed. Within the topic of origins, the concept of 'one' does not exist. Nature is curved, Nature is not flat, nor a single motionless point. Although some of the author's phrasing does suggest that his interpretations were superior as compared to modern Sciencian beliefs of a binary Creation, still the author too often relied upon his era's preexisting beliefs and words (e.g. yin and yang phrased as binary).

Also, the author's wording might be interpreted to imply 'one thing creates two things' (e.g. mutuals of high and low), and 'the two things create a third thing' (e.g. middle of the mutuals' high and low), and then 'from the three things are all other things created'. However, although the analogy may possess a degree of validity as a metaphor, still the author's statement fully missed the key points that would have existed if the author had been adept with the topic.

Nevertheless, the author's words of chapter 42 provide historical evidence of the type A intelligence's limitations of rationalizing his environment.

'The type A intellect has no choice but to incorrectly rationalize that the nature of Nature can only be found by scientifically dissecting the elements of Nature, where it is expected that an object’s nature will be discovered in its composing elements.'

The irrational type A behavior is found within all sects of all systems of belief. A popular modern name for type A's method of investigating Creation is reductionism. Philosophers and Sciencians truly do believe that a thing can be known through the act of physically destroying the thing. Reductionism is a popular topic of debate within western philosophy. The presence of reductionism proves that none of the philosophers are able to mentally discern what Qinren (Laozi) wrote over three-thousand years ago. The presence of reductionism in western philosophy and Sciencism also permanently invalidates all philosophical translations of Daodejing and other ancient Chinese books.

'...the type B intellect naturally rationalizes that the nature of Nature can only be found by combining the elements of Nature.'

'...how the individuals' logic was first structured. Once a foundation is in place, never can the thing being built upon the foundation become different than the rules established within the foundation.'

Over twenty years ago I wrote of what I gave the name foundational emotion. With curiosity it has been wondered if an individual might could rebuild their manner of thinking if the individual were to re-center their foundational emotion, but, doing so would require a sizable quantity of dedication and self-effort, which are abilities that have pretty much been eliminated by modern forms of education.

Interestingly, as easy as it is to turn-off ticklishness, thinking four specific words almost instantly results in some individuals becoming centered without the gross outwardly flowing emotions influencing awareness and reasoning. And another curiosity arises, that of wondering if the numerous ancient Chinese teachings of 'eliminating emotions' might have implied something similar. The answer to that question cannot now be had.