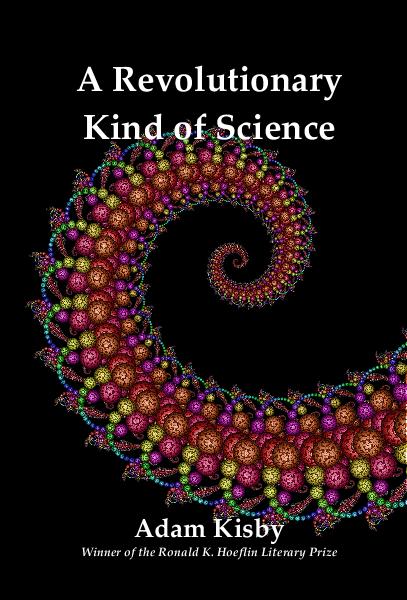 (©) — A Revolutionary Kind of Science by Adam Kisby

In my bookshelves are many books, most of which I read just so as to merely gain a background knowledge of popular beliefs, but on rare occasion I find a book that I actually enjoy reading, and A Revolutionary Kind of Science by Adam Kisby is one of those books that I very much enjoyed.

In the first chapter of "The Anomalistic Method" Kisby presents a brief background of the reasoning and philosophy behind the anomalistic method and of the numerous individuals' interpretations who helped to form the anomalistic view. The following chapters — Testability, Parsimony, Burden of Proof, and Proportionality of Evidence — follow a similar structuring of presenting the ideas and styles of thought that shaped current scientific methods. The final chapter — "A New Kind of Scientific Method" — assembles the rationalizing of the previous chapters' ideas to form four new principles: Principle of Mappability, Principle of Plenitude, Principle of Suspended Judgment, and the Principle of Truly Proportional Evidence.

Numbingly boring to me is a textbook that merely recites names and dates, as if trivia should be the whole of one's thoughts, but I thrill to read a book like Kisby's that extrapolates conceptual backgrounds and behaviors to self-create a rational interpretation of the good and the bad of each topic, plus a plausible solution that improves upon the current topic's limitations. Kisby's book is quite rare, and highly praised.

I will not ruin the reader's enjoyment of new discovery by my quoting excessively from Kisby's book — to enjoy the book an individual must read the book — but rather I will point to a few of the reasons why Kisby's modifications of the scientific method are important and needed.

The current principle of testability (falsifiability) infers that a thing will not be deemed possible, plausible, or scientific if the thing cannot be tested and verified. Alfred Binet's On Double Consciousness (published 1890) is an excellent source of illustrating that the subconscious mind can literally see with the eyes further and better than the conscious mind. The Sensory Quotient (misnomer) project further verified that the typical human is fully incapable of adequately describing any sensorial perception, and yet a sizable quantity of the sensory perceptions will have been subconsciously recognized. The problem here is that the normal-average scientist is not mentally capable of recognizing what exists within empirical observations, and the SQ project can very easily empirically prove this to be true, but still science is led by individuals and principles that cannot perform the task at hand. If a man smells two scents simultaneously, and the scientist is a normal human who can only smell one scent at a time, then scientifically-speaking the claim of smelling two scents simultaneously cannot be accepted as valid because the normal-average scientist cannot himself smell two scents, and thus the claim is not repeatedly testable. This is a very serious and dangerous flaw of modern science, that almost all modern theories are being formed and promoted by individuals who themselves never possessed the intellectual nor physiological capacity to recognize the topic itself.

Parsimony, or the idea of Ockham's Razor, is anathema to all thinking minds. Ockham's reasoning [quoting from A Revolutionary Kind of Science] ""No more causes of natural things should be admitted than are both true and sufficient to explain their phenomena... Einstein: "Everything should be made as simple as possible, but not simpler."" Kisby states six objections to parsimony. From my own numerous reasons for a disapproval of parsimony, perhaps the one that stands most self-evident is western philosophy's three-thousand years of debating ethics without yet discovering what an ethic is, because western philosophy will not and cannot discern the complexities of so much as a single word or behavior. The man who smells two scents simultaneously must do so by mentally applying a complexity of sensory cognition and analyses, but modern science is rutted in the belief and insistence that olfaction is a one-dimensional on-off molecular trigger: the parsimony only appears valid to a mind that cannot itself think beyond the most simple and basic of sequential one-dimensional thoughts. The science of olfaction will forever remain adolescent for as long as Ockham's Razor continues as a guiding principle of science.

The burden of proof principle has become an excuse for minds that cannot think for themselves. If a man's mind cannot smell but a single scent, then upon what reasoning is it possible to instill within the man's unthinking mind a knowledge that requires thought? Researchers automatically go in search of evidence to support or disprove a hypothesis, but skeptics of the worst kind believe that proof of a thing cannot exist if the skeptics themselves are not sufficiently intelligent enough to grasp what the evidence implies. Again we are brought back to the errors of the principles of testability and proportionality of evidence, that if a man is not mentally capable of testing a thing, then there can be no proof, and thus in the skeptic's mind the thing is not scientific.

From where I stand, from my point of view, modern science has for too long been primarily populated by the least qualified individuals, and if science is to ever mature and expand beyond its pettiness, then it must begin allowing for the inclusion of new thought, of new ways of investigating topics, and to abandon the insistence that man's greatest sciences must never exceed what the most mediocre of humans can grasp.

Kisby's four new principles are an excellent beginning. Kisby's ability to extrapolate concepts to self-create new concepts is a rare mental talent, a talent that is not under the grinding heel of parsimony, and his words are most worthy of being read.