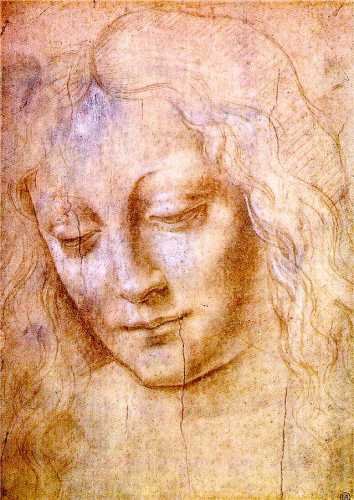 Western Science (hereafter referred to simply as Science), as a formalized European methodology of studying the Universe, remains today in its infancy. Americans, Asians, and Egyptians were inventors of mathematics, astronomy, medicine, physics, languages, architecture, agriculture, and technologies eons before Europeans first heard of Socrates or Newton, and the European model of Science is not the sole source of knowledge. The word "science" is from the Latin "to know", and modern Science cannot correctly lay claim of having been the origin of knowledge prior to and/or outside of the European races, nor can it correctly lay claim of being the sole source of knowledge today.

Result-driven principles (hereafter referred to simply as religion) have been in existence far longer than recorded history. The main emphasis in religion is correctness in thought and behavior. It is true that some unnecessary ceremonies and rituals have been invented and included in religious practices, but the meat of religion, the foundation itself, is the system of principles that create a positive relationship between man and Nature. Synonymous are the terms Nature, Universe, Reality, and Creation, as are synonymous the terms, laws of God, laws of Creation, and laws of Nature. Whether an individual prefers the word God, or the word Nature, it matters little, for both are viewed to have been the Creator of Creation, and the laws of one are the laws of the other. No Creator can create without leaving the mark of the Creator's quality of craftsmanship, and the mark within Nature is its natural laws. Proper creative harmonious behavior with Nature, is proper creative harmonious behavior with the Creator.

Science builds technologies to kill and destroy all things, but religion builds souls to heal all things. Only when Science learns enough to recognize the value of religion and the necessity to live in harmony with Creation, will Science then turn its attention towards the betterment of man instead of Science behaving as the enemy. Earth could become a paradise within a decade, if man would allow it.

Though Science is making progress, it was only a little over a hundred years ago when Science 'discovered' the destructive nature of negativity. In 1890, William James' book The Principles of Psychology quoted Danish physiologist, C. Lange: "In grief, the inner organs are unquestionably anæmic as well as the skin. This is of course not obvious to the eye, but many phenomena prove it." The physical effects of negativity may not have been obvious to Lange and James, but the effects were — and still are today — obvious to individuals who are capable of conscious observation. William James had previously failed in religion, and the failure negatively influenced his method of teaching at Harvard. The failure also negatively influenced James' 1902 book The Varieties of Religious Experience that invented lies against religions and eastern philosophies. It is a valuable observation to give attention to how (1) William James was a member of the Christian religion when he was young, (2) he abandoned the religion without having learned of the religion, (3) his writings verify that he had no useful knowledge of any religion, (4) as reported in Louis Menand's The Metaphysical Club — A Story of Ideas in America, William James was of a circle of individuals that helped to found the National Academy of Science, and (5) he was of the circle of individuals that helped to organize and found the American Psychological Association in 1892. The National Academy of Science and the American Psychological Association both began with individuals like William James who were not only unlearned of the very topics, the men also did not have the common sense to recognize the destructiveness of their own negativity.

In 1910, Harold Addington Bruce wrote of the psychologist Pierre Janet of Paris, France in the article Masters of the Mind — Remarkable Cures Effected by Four Great Experts Without the Aid of Drugs or Surgical Tools: "...first called attention to the importance of psychology as an aid in the practice of medicine, and made the marvelous discovery of the role played by mental experiences of an emotional nature in the causation of many diseases." If Science had bothered to look outside of the narrow European world of knowledge, Science would have discovered that religions and non-western philosophies had known about the health effects of emotions for thousands of years. Science still today does not recognize the value and purpose of the practices of medicine men and women in some non-European cultures.

In 1898, Boris Sidis, a former psychology student of William James', used a suggestive pre-sleep technique that he termed 'hypnoidal' to help teach his son, William James Sidis, how to read at an early age. Boris Sidis claimed to be an atheist, but many of his psychology 'discoveries' were mere adaptations from religious teachings. Once again, religions and non-western philosophies have been very familiar with the technique of positive thinking and how it can create desired results in an individual. Through use of the technique, an individual enters sleep with the positive thoughts, the individual's mind self-adapts itself to support the ideals, the body modifies itself to the ideals, the person wakes with the thoughts, and the person's life gradually becomes the thoughts' ideal. The better clarified that the thoughts are, the better is the person able to achieve the ideal. The general public knows of the technique under the term "prayer". Many salesmen use a modified technique that is referred to as "positive affirmation". Regardless of what Sidis and James claimed, Science did not invent nor discover the positive psychological and physiological effects of prayer and positive affirmations.

The results of positive prayer can be remarkably creative, but only if the individual possesses the other qualities necessary to create the desired goal. William Sidis became one of the most publicized child prodigies in languages and mathematics, but he held the advantages of being born into a family heritage of polyglots (spoke several languages), his genetic line held the tendency to favor specific types of thinking methods that favored academia, both of his parents had exerted sizable effort in their lives to achieve goals (an extremely important ingredient prior to, during, and after pregnancy), his family environment was very strongly influenced by academia, he was coaxed by his parents from birth to learn how to read, and on top of it all, he apparently gained a strong desire to learn languages and mathematics (if for no other reason than to please his father). William Sidis' achievements would not have been as likely possible if it were not for some of the ingredients, but foremost his achievements would never have occurred without his acquiring an interest in languages and mathematics. Regardless of an individual's physical and mental potential, an individual will not do well with a subject if the individual is not interested in the subject. Prayer, or conscious fixation on a goal, is the key to making a goal possible. Through consciously purposeful prayer, individuals with spiritual aspirations have self-created mental and physical features that literally made the individuals visibly glow. As William Sidis was reportedly among the best in languages due in part to the effects of prayer/interest, so are there individuals who are among the best in other topics, including spirituality.

Generations previous to today's held prayer in public schools. There are numerous reasons why the prayer was beneficial, but perhaps the best method of presenting the positiveness of prayer is to simply observe the effect of not having prayer. Proper prayer is positive and aids in the creation of positive minds, but without prayer there is no guided direction, no set goal, and the individual is not capable of achieving lofty goals. It is also known that emotions affect digestion. Eating while in a negative mood is harmful to the body. Positive prayer with sincere gratitude for a meal is very beneficial to one's physical and mental health. Some religions thank God, and some cultures thank the animal or plant that is to be eaten, but the important thing is that sincere heart-felt gratitude is given. Confession and sincere regret of one's errors in life is necessary for a healthy mind to remain healthy, and the best method is in prayer with the belief that the person's transgressions against others are forgiven. Positive prayer has many benefits and no disadvantages. An individual that avoids prayer, harms himself, and his retained negativity harms all of society.

As of 2008, Science has not yet caught-up with the knowledge of religions, and the evidence is obvious. The methodology of William James' teaching, that of an atheism that wishes to prohibit everything associated with religions, is now predominate in American public schools. In education a void now exists that the positivity of religion used to fill, and there does not appear to be any effort by public school administrations to fill the void with a topic on positivity. Students today are subjected to constant negativity in schools, and the results of the negativity have had the result of diminishing the students' physical health, mental health, and capacity for memory. Today's children are being subjected to a true form of torture simply because some adults are with a blindness and hatred for religion. It is the emotion of hate that clouds an otherwise sensible mind and results in the destructive behavior of banning prayer.

Religions know that negativity destroys the mind, body, and spirit, and even Science has known it for over a hundred years, so why is the knowledge not being applied to public education, politics, economic systems, and westernized cultures? It might appear that the general public holds a greater weight of hate for religions than it holds love for Science, but the reverse is the more likely reality, in that the public so loves Science that the public will hate religion because the public perceives that there is a battle for superiority between Science and religion. The simple truth is, no battle exists except within the individual. Everyone is free to choose for themselves, whether to accept negativity, or to strive for positivity.