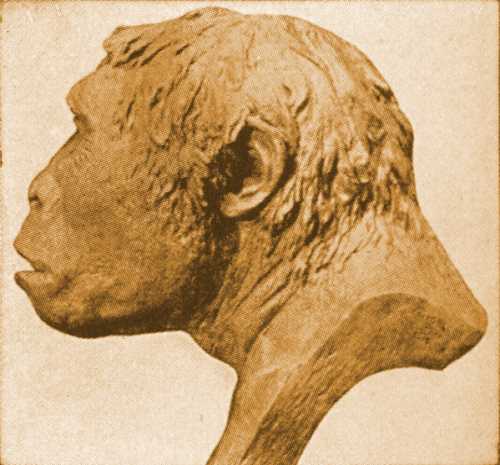 
For most all of my life I assumed that most all humans could be reasoned with, and I accepted for myself the responsibility to learn of other people's beliefs and points of view so that I could then reason with the people at their own level and within their own systems of belief. I put a lot of effort into my 'quest', but the decades continued to tick by without my yet having a rational discussion with irrational people. To me, it seemed to be my own fault for not being smart enough to find the angle of reasoning that could spark coherency within incoherent people, and my failure left me feeling depressed and underachieved.

To me, it was peculiar that if over ninety-five percent of my customers could easily be reasoned with, and that we could have fun discussions that lasted for hours on many topics, then why were the few remaining individuals so unreasonable? Why was it so easy for me to walk with wild animals on my rural lands, and so easy in the cities for almost all pet dogs and guard dogs to befriend me, and yet some humans were incapable of being sociable? Coyotes, deer, rabbits, badgers, panthers, quail, road runners, scissor-tailed fly catchers, reptiles, all of the rural animals and I either walked peacefully together, or else we knew to keep a respectable distance. I was frequently told by customers that dogs are good judges of character, and since the customers' dogs were friendly and affectionate towards me — including the guard dogs that had always bitten everyone who entered the yard except me — then the customers were more comfortable with my being in their homes.

Why is rational behavior so easy and obvious for almost all animals, but not easy nor obvious for some humans? I understand that some individuals simply have biases (valid or not), and the individuals may assume that I am of a genre of humans that the individuals do not like, but still the individuals cannot be reasoned with on any topic, and it deeply concerned me that regardless of how hard I try, there are some people that I simply cannot talk to without their emotionally exploding and falsely accusing me of things that cannot possibly be true.

The idea of some people being bipolar is interesting — of having wild mood swings that last several days — and it is reported that about five-million people in the USA have a form of bipolar, with about twenty percent of those individuals having borderline personality disorders. The bipolar disease is judged as all other mental diseases are judged: a person is diagnosed as being bipolar if the person is more unstable than the average human's own instability (the same applies for personality disorders).

Depending on how an individual interprets their own emotions, the individual may claim that expressions of anger, love, happiness, or kindness are symptoms of the 'bipolar disease'. Individuals who are normally very calm, rational, kind, gentle, caring, and loving, they might interpret over ninety-nine percent of all humans as being bipolar even if the wild mood swings may only last seconds.

You are bipolar to someone.

Individuals with good memories cannot easily forget events and thoughts, and so it is to be expected that people who are good with remembering things will also experience prolonged suffering when emotionally harmed. People with poor memories and intelligence quickly forget events and thoughts, and they suffer almost no prolonged emotional harm. If an individual's traits of memories and attention-span were weighed relative to the length of one's emotional state, then it might be found that the durational expression of an emotion might be of a similar percentage between some people with good memories and some people with bad memories.

There is no distinct line between bipolar and 'normal', and some individuals may exhibit extreme and prolonged mood swings while still being capable of rational thought. Having a personality disorder appears to partially be cultural — all humans appear to have a personality disorder when judged by a culture that practices a different ideology — but some individuals are incapable of behaving rationally in any culture.

Almost universally, humans possess and share the same general core of cognitive traits that are necessary for processing thoughts, but each individual has a different quantity and mixture of each trait, which, obviously, results in all humans being somewhat psycho from another person's point of view. I understand that. I recognize and accept that some people do in fact interpret peaceful individuals as having a mental problem — I understand that — but what I did not understand was why some people cannot even agree on topics that can only have one rational conclusion.

By the age of two I had formed the acknowledgement that there were some humans that simply could not be talked to, and by the time that I was a teenager I had become quite good at dealing with stupid people by my pretending to agree with whatever they believed, and then as soon as the people felt victory I would walk off and ignore everything the people had said. The method worked reasonably well for all circumstances — including school science classes — but the method does not permit me to be fully honest, and so I abandoned the technique and chose instead to simply remain silent and to walk away as quickly as possible.

On occasion I would attempt to reason with an unreasonable individual, and quickly regret it. As an example, many years ago an individual was telling me how evil the Russians are, of how the 'evil Russians' were trying to take-over the USA, and of how terrible the Russian government treated its citizens (some people make similar claims about devils and space aliens). At the time, I thought the individual was stretching their claim a little too far, and so I replied with what I thought was humor and a means of illustrating that the topic was getting a bit too exaggerated: '...all the Russian citizens are chained-down each night?'. The individual quickly and hatefully replied 'yes they are'. The individual was not joking, and the individual continued their tirade for several more minutes until I walked out of the room. Regardless of how grossly stupid a claim might be, some people will say and do anything to 'prove' someone else is wrong.

Some individuals literally hate me for one very specific reason: because I refuse to hate the same people that the individuals hate. Some people hate me because I do not hate Russians, some people hate me because I like Joseon era Asian cultures, and a lot of people hate me because I do not blindly accept all beliefs that are claimed to be scientific. Regardless of how hard I might try to explain why there is great beauty and creativeness within the modesty and politeness of the Joseon era's Confucianism, still there are people who not only hate me for my not accepting their hate, they also invent hateful accusations against Confucianism and Asian cultures for the single purpose of attempting to 'prove' that the individuals are correct and that I must therefore be wrong.

I have witnessed the 'I'm right and you're wrong' behavior in countless individuals — especially amongst those who believe in science and other cultish religions — but still almost all of the individuals could rationalize shared topics like the warmth of the sun, the existence of trees, and that no nation chains all of its citizens to their beds each night.

There is an almost infinite number of varying traits within all human behaviors, but some individuals appear to have an over-abundance of a few traits that would normally be useful if applied in moderation, but the traits become destructive when they rule over one's thoughts. When an individual's traits have no balance of harmony, the individual can become so deeply egocentric and callous (psychopathic) that the individuals are then deemed to be toxic.

Similarly, pathological science is a mixture of different humans forming different opinions that are based upon the limitations of the different traits' influences. Some scientists might be really nice people who could easily recognize an error and feel embarrassed if someone else were to point-out why the error exists, but some scientists are bipolar-toxic and simply do not possess the mental ability to accept the possibility that their religion of science is not the universe's one true truth.

Mari Curie was a real human, she performed real research, and through her own personal intellectual efforts and sacrifices she developed real results that led to a better understanding of radioactivity. Science is not a real entity, science performs no research, and science deserves no credit for what individual humans do. The research of radioactivity is not an act of science, it is an act of human effort. Some humans take-hold of a deified philosophical name, they then convince themselves that the name is a real entity (deity), and no quantity of reasoning can convince the individuals that their religion is itself imaginary and a fallacy of logic.

No quantity of effort and reasoning can explain to a toxic scientist that their science is pathological, psychopathic, and irrational, and so I will not try. My articles on pathological science are only intended for individuals who can think coherently, cross-light thoughts, retain connected thoughts throughout each topic, and recognize why many of today's most popular scientific beliefs have some serious flaws that need to be corrected. For ease of use, I will often refer to the toxic science believers as 'sciencians' (all known pro-science skeptics are sciencians), and I will refer to their twisted ideology as 'sciencism'.

As a very brief example of sciencism, there is a core topic within physics that is universally accepted as true fact by all humans who believe in science. The core topic is applied to most all other science fields as well, including biology, psychology, and astrophysics. No known scientist has ever observed the topic, nor has any known scientist ever measured the topic, but still the topic is accepted by sciencians as a dogma that absolutely must be one-hundred percent true. Nevertheless, of the individuals who are able to observe the topic, the individuals always describe the thing to be fully different than what science claims. The individuals can physically prove their observations to be true, but sciencians refuse to listen because empirical firsthand observations are taboo and utterly rejected within sciencism. If an attempt is made by an individual to explain why the science topic is wrong, sciencians respond with bipolar-like emotional bursts of hate and violence.

My hope is that the following articles may spark a few productive thoughts that help the reader to recognize why some of today's most popular beliefs are not quite rational, and from the discovery the individual might then apply similar logic to other topics. Finding errors in a society's beliefs is much too easy and not much productive, but the act of being mindful of one's own thoughts is productive and very useful.

Popular sciencism preaches to question everything, but questioning one's own thoughts is detrimental to one's own intellectual potential: it stunts and destroys the ability to think coherently. A better approach is to simply critique one's own thoughts, not with the aim of questions and doubts, but with the continual goal of analyzing and finding the most correct sum for one's self. When an individual learns to think for himself, he is then able to walk away from the toxic claims of sciencism and sciencians'.