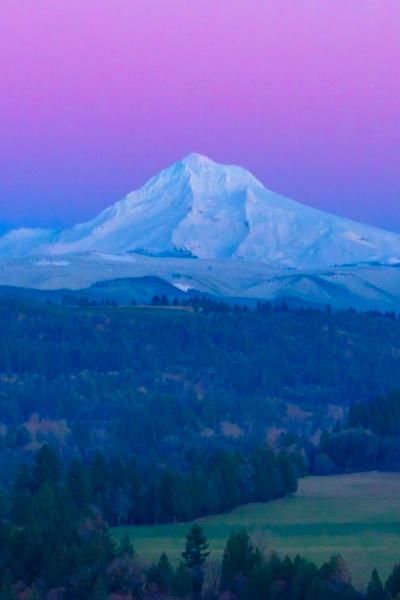 (PD) What Is Beautiful


"From the psychological point of view this is a most interesting test. One might suppose that aesthetic judgment would be relatively independent of intelligence. Certainly no one could have known in advance of experience that intellectual retardation would reveal itself in weakness of the aesthetic sense about as unmistakably as in memory, practical judgment, or the comprehension of language. But such is the case. The development of the sesthetic sense parallels general mental growth rather closely. The imbecile of 4-year intelligence, even though he may have lived forty years, has no more chance of passing this test than any other test in year V. It would be profitable to devise and standardize a set of pictures of the same general type which would measure a less primitive stage of sesthetic development." (The Measurement of Intelligence — An Explanation of and a Complete Guide for the Use of the Stanford Revision and Extension of the Binet-Simon Intelligence Scale, Lewis M. Terman - Professor of Education Stanford Junior University, Houghton Mifflin Company, 1916)

"1. that combination of qualities which is pleasing to the eye or ear, or is satisfying to the aesthetic sense in the field of morals: 2. A particular grace or charm;" (The Winston Dictionary - College Edition, P.F. Collier & Son Corporation, © 1926-1943)

"1. The quality that gives pleasure to the mind or senses and is associated with such perceptions as harmony of form or color, excellence of artistry, truthfulness, and originality. 2. One that is beautiful. 3. A quality or feature that is most effective, gratifying, or telling. 4. An outstanding or conspicuous example." (The American Heritage College Dictionary, Houghton Mifflin Company, © 2002)

"1. a combination of qualities, such as shape, color, or form, that pleases the aesthetic senses, especially the sight:" (Oxford Dictionaries (online version), © Oxford University Press)

The retrospective dictionary definitions might have value if the reader knew what the words meant. Science and philosophy have no knowledge of what quality is, nor of what satisfying implies, nor of what aesthetics is, nor of what morals are, nor any of the other nouns. Describing and defining an unknown noun by using other unknown nouns, is irrational. Academia does not know what beauty is, and neither does science.

The Sensory Quotient project proved that no known scientist can adequately describe any sensory perception, which mandates that the scientists are also not conscious of what the sense of beauty is, and therefore all scientific theories of beauty are mere philosophical inventions: pathological science.

Recent 'expert scientific' university research has claimed that females with steatopygia (disproportionately huge rear-ends), gigantomastia (disproportionately huge breasts), and high-pitched voices (airheads) are deemed to be the most beautiful. Okay, maybe there are a couple cultures in the world that favor such non-proportionate shapes along with low intelligence, but other cultures prefer shapes that are geometrically balanced along with high intelligence, which easily proves that beauty is something different than one unconscious person's interpretation.

Other 'expert scientific' university research projects concluded that beauty can be mathematically measured with Waist Hip Ratios (WHR) of around .8 for females and .9 for males (varyingly slightly for different cultures, while also conflicting with the previous 'expert scientific' conclusion of hip and bust shapes). According to the 'expert science' of Wikimedia: "Through this study, Singh suggests that males and females may have developed innate mechanisms which detect and make use of the WHR to assess how healthy an individual is and (particularly for men), infer possible mate value. Having a healthy mate improves the chances of producing offspring with inherited genetic protection from various diseases and a healthy mate is more likely to be a good parent (Hamilton & Zuk, 1982; Thornhill, 1993)."

The "innate mechanisms" phrase is a common sophist scientist invention; science's way of claiming to know everything while having no idea whatsoever of what the topic actually is. Or in other words, science has absolutely no clue of why WHR is interpreted as being attractive, but, of course, western science enjoys philosophical sophistry, so science invented the ridiculous pathological ad hoc 'evolutionary' excuses of health and mating.

Another 'expert scientific' university project concluded that all bias is formed unconsciously, and though the project's conclusions might hold some validity for the unconscious students and professors at that university — and the 'unconscious' conclusion generally agrees with the Sensory Quotient project that less than one person in ten-thousand can consciously observe a sensory perception — still the scientific conclusion is not true for conscious humans, nor do the science conclusions say anything whatsoever about the experience of beauty itself.

Scientists themselves admit to be being unconscious roughly ninety percent of the time — the actual percentage is far greater — and yet science still claims to know what beauty is even though no known scientist can consciously observe their own sense of beauty. (The Buddhist-like interpretation that most people are 'asleep' is far more accurate than scientists can imagine.)

I will bypass listing the top-100 examples of science's worst blunders on the topic of beauty, and instead I will merely state that all 100% of all scientific theories of beauty are 100% pathological science.

"The most beautiful experience we can have is the mysterious. It is the fundamental emotion which stands at the cradle of true art and true science. Whoever does not know it and can no longer wonder, no longer marvel, is as good as dead, and his eyes are dimmed. It was the experience of mystery - even if mixed with fear - that engendered religion. A knowledge of the existence of something we cannot penetrate, our perceptions of the profoundest reason and the most radiant beauty, which only in their most primitive forms are accessible to our minds - it is this knowledge and this emotion that constitute true religiosity; in this sense, and in the alone, I am a deeply religious man." (Einstein's Ideas and Opinions by Albert Einstein, 1954, Wings Books, New York)

The stupid person, whether depicted in literature, proverb, or the ephemeral joke column, is always (and justly, it would seem) characterized by a huge tolerance for absurd contradictions and by a blunt sensitivity for the fine points of a joke. Intellectual discrimination and judgment are inferior. The ideas do not cross-light each other, but remain relatively isolated. Hence, the most absurd contradictions are swallowed, so to speak, without arousing the protest of the critical faculty. (The Measurement of Intelligence, Lewis M. Terman)

A gnawing urge wants me to publicly detail the sense of beauty, but — shrugging shoulders — why do that? Few or no people really care about what beauty is, and the only response that I would receive would be silence, along with the foreknowledge that sciencians and academicians would simply copy-paste-plagiarize-steal my words than then claim that the sciencians and academicians themselves discovered the nature of beauty.

Why give a thing that no one wants? Why let oneself be abused by tiny people who do not care? There is no value in attempting to help people, because, people do not want to be better; people only want material gain.

The dictionaries and school books prove that no sciencian and no academician possesses the potential of ever discerning the nature of beauty, and if man has never throughout history described beauty, then man cannot do it.

The absence of an intricate description of beauty single-handedly nullifies all science, rendering all science to be pathological science. If a man cannot describe beauty, then he knows nothing of anything.