Love and the Pain of Letting Go 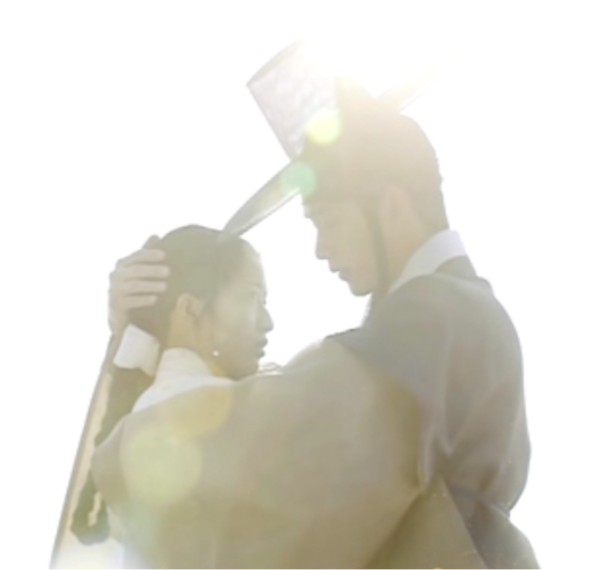 Love and the Pain of Letting Go

Today, I have now lived just barely long enough to have experienced a great joy, mixed with a thankfulness and the emotioned remembrance of the deadening grief of letting go, that weighs so heavy that each breath is forced, anguished, and so very tremendously difficult. Crazy of You (aka You Make Me Go Crazy from Master's Sun), whether of the voice of Hyolin or of an instrumental, it was the music that accompanied the resurgence of emotions, and now, hearing the song, the tears flow, the breathing is of a constrained shallowness, and I can no longer stop what the heart feels. So many years ago, I had learned to turn off the emotions, to put up a shield, to let go, to give up, and to walk away, but now with compassion and heartache for another person's letting go, my own emotions returned, and I sit, and I cry.

In my life I have not yet experienced anything as hurtful as that of letting go, of simply letting go of the very thing that was the one and only reason for life itself. The heart becomes dead, breathing becomes as if an empty chore, joy is but an awkwardly unknown word, and there is no longer hope, for without a future there is nothing to hope for, and the body merely exists while waiting to die. It is easy to love, to give all one has to another, but the love, though it burns fiercely, still it is hollow, without substance, without hope.

Though I rarely watch television, and though sitting through a movie is as an agony of polite endurance, in recent weeks I willingly and anxiously sat two to five hours a day watching the Korean series My Love From the Star and Master's Sun. The characters' fictitious lives were much too similar to my own, and the similarities spawned within me a deep compassion for the characters feeling love, of feeling hurt, and having to let go. After watching both series on DramaFever.com I then ordered the DVDs and soundtrack CDs, and I watched the series all over again. The DVDs and CDs are of a much higher quality than American-made media, and they are now deemed to be of the highest quality inanimate objects in my house; perhaps the only things of quality.

If Park Ji-eun and the Hong Sisters were to write for American television, yes, I would then watch television, and yes I would buy sponsors' products until I was too poor to buy another, but here there is a small grace, that here in the USA there is no beauty in television, no stories of love, and so there is no concern of my crying while watching an American drama, nor of remembering my own loss of hope. But my greatest concern and heartache is to wonder, that of Park Ji-eun and the Hong Sisters, for if they could so excellently write of heartache, then I wonder, did they write from their own firsthand experience, and if so, then my compassion aches and cries more for them.

Today, for the first time in decades I smelled the Alaskan air mixed with the aromas of plains and mountains as the uncommonly strong arctic cold front neared. I remembered the aroma from as a child, the aroma catching my attention as I stood motionless in the yard, my enjoying the reliving of a pleasing emotion and memory of days long gone. As aromas and music bring vivid memories of past days, so will the music from My Love From the Star and Master's Sun always bring to me the memory of my having let go, and my purpose in life is now complete, I have felt the emotions that I wanted to feel, I can now say saranghae, and though the accent may be crude, still is the emotional tone of a sincerity that I did not before possess, and the life has now been of value. This is all that I wanted, it is all that I desired, and I will not ask for more.

I inquired of my wife if she will watch the series when I am gone, and she replied yes, and that she would cry. The series have enabled the creations of shared moments, of shared tears of memories, and in many ways the series have been the means of opening hearts, of healing hurts that for too long have numbed the emotions, a new softness of companionship has been born, and it does seem to appear to me that I owe it all to the destiny and circumstance of having replied to the quiet inner urge to watch a Korean drama. And if I should live beyond that of my wife's life, I will watch the series, and I too will cry, loudly, but also for the memories of having reopened the wound of having had to let go, both in the past and in the present.

Everything comes with a price, and love has the highest cost if there is no love in return. Saranghaeyo.