Hothouse Kids - The Dilemma of the Gifted Child by Alissa Quart 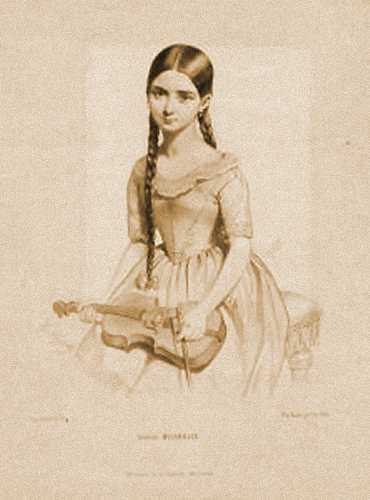 
"...for a child to be highly skilled in any domain,

she generally needs to have practised for 10,000 hours..." Alissa Quart

A Book Review and Brief History of Hothouse Kids

While researching the lives of John Stewart Mill, William Sidis, Norbert Wiener, and other well-known prodigies, I learned of a boy named Brandenn Bremmer. An online search for Bremmer led me to Alissa Quart's book Hothouse Kids. Of the many dozens of historically significant books and articles I have read on the topic of prodigies, Hothouse Kids stands out as being the most skillfully written of all. Aside from my own book, Myths, Facts, and Lies About Prodigies, to my knowledge HotHouse Kids is the most useful and important book about prodigies since Norbert Wiener's 1953 autobiography Ex-Prodigy.

Book titles receive different interpretations from different people. From my own point of view, 'hothousing' implies a result-driven focus to harvest the greatest quantity of fruit from a single plant while protecting and alienating the plant from its natural environment, or in other words, forcing a living being to do something that it otherwise would not do. Hothouse Kids lives up to its title by clarifying that "The Dilemma of the Gifted Child" can be the result of parents attempting to harvest too much talent from gifted children.

The book's theme is structured on a series of observations and interviews with parents, organizations, teachers, and gifted children themselves. The writing style is lively, colorful, and possesses a quantity of good dry humor. Being written from the viewpoint of having been a child prodigy herself, Quark's choices of phrases reflect her skill as well as her own experiences of having been hothoused.

Modern society places much value in its belief that high intelligence is measurable through IQ tests, and Quart gives ample attention to how the belief is happily endorsed by makers of intelligence tests and academic curriculums. Quart rightly makes light of the "Edutainment" industry that manufactures and sells a wide array of educational toys, DVDs, and other products that claim to increase intelligence. Americans have been trained to believe that they can buy a pill or device for everything, including weight loss, enlightenment, and even intelligence. The 'Edutainment' industry feeds off the American public's belief that a dull child can miraculously become a gifted child if the parent buys the right product.

It is rare to find a book written by the prodigy him/herself, and for those of us who are interested in hearing the opinions of the prodigy — and not the opinions of non-prodigies who wrongly believe that they have an insight into the prodigious mind — it is quite a delight to catch a glimpse into Quart's own personal likes and dislikes. Historically and psychologically, Hothouse Kids is an important book, regardless of whether a reader might agree or disagree with the author's opinions.

Three customer reviews at Amazon.com were written by individuals who said that they had been interviewed by Quart. Two of the customers stated that Quart misquoted and altered some comments. It is an unfortunate reality that an author's early manuscript drafts can mysteriously become infested with obviously wrong information, and mistakes do happen, but mistakes are usually caught during the final edit. The full facts behind the customer reviews are unknown to me, and I do not know the extent of the errors that might exist relative to the two interviews, but the errors are useful for illustrating two very important natures of all biographies: (1) all authors are human, and all humans make mistakes, and (2) no biography should be ever trusted to be one-hundred percent correct.

It is interesting to observe how approximately two out of three Amazon customers commented negatively about Quart's style of self-expression, and yet the customers themselves were wanting to hothouse their own children. It is a contradiction of logic for a parent to want their children to become prodigies but for the children to not think and behave as prodigies. The negative reviews give evidence that the typical parent does not know what a prodigy is, which is all the more reason why parents should read the book before committing an act of 'hothousing' upon their own children.

The third Amazon customer review was by Brent Logan, author of Learning Before Birth. Logan has direct ties with the BabyPlus® products that claim to increase fetal intelligence. Logan rudely complained that Quart should have included an in-depth discussion about the theories behind BabyPlus products. Logan ignored the obvious fact that Hothouse Kids is about kids who were hothoused, not about fetal development, and that it was Quart's choice, not Logan's, whether to include or exclude any and all information (aka free advertising) about BabyPlus products.

Regardless of how some Amazon.com customers interpreted Quart's style, I personally felt that Quart's writings were more than polite. An individual's choice of words and sentence structuring are evidence of the individual's knowledge, skill with the English language, and mental patterns. While it may be true that an average reader might misinterpret Quart's style as being aloof, quite the opposite may be true for above-average readers. Hothouse Kids is a book written about prodigies by a prodigy, and readers ought to accept the reality that the book was written at a standard higher than average.

On page 228, Hothouse Kids briefly referenced information about William Sidis that was taken from Amy Wallace's The Prodigy: A Biography of William James Sidis, America's Greatest Child Prodigy. Readers familiar with my book Myths, Facts, and Lies About Prodigies – A Historiography of William James Sidis will recognize how the historical errors about William Sidis that originated in the early twentieth century were found in The Prodigy, and are now found in Hothouse Kids as well. The errors are not fatal, and the errors about Sidis were not the creations of Quart's, but it is still important to recognize that the errors exist.

Over all, the book vividly lives up to its title, and there are several dozen excellent insights that further heighten the book's usefulness. One observation by Quart is from page 205: "One of the things that my research clarified for me was that there are actually very few deeply "gifted" kids with transcendent cognitive or artistic abilities; therefore kids are being incorrectly labeled as exceptionally gifted. The peril is that some children who have been led to believe they are highly gifted will suffer, like Icarus, in their later lives."

Quart was a child prodigy, even if she publicly declines the label. Quart knows through firsthand experience what many of the differences are between average, talented, gifted, and prodigious intelligence. Quart is a highly talented writer who won numerous writing competitions and currently writes for the New York Times. Quart is the author of Branded, another well-written book. HotHouse Kids was published by The Penguin Group®, the world's second-largest book publisher and the one name that many of us non-fiction authors deem to be the most prestigious of all. Hothouse Kids is a winner in every sense of the term.

Hothouse Kids is an especially important book for biographers and all parents who might believe that their children are gifted. Alissa Quart is an excellent writer of gifted talent, which if for no other reason makes Hothouse Kids worth reading.


While updating minor layouts of this page, it appeared useful that I should lightly expand on a few thoughts.

The 10,000 hours of practice required for an individual to become highly skilled is a good general ballpark estimate. Ten hours a day for three years is a typical quantity of effort and time needed for an individual with average skills to have developed enough experience and knowledge to then be able to illustrate an above-average skill. Three important items worth noting are (1) average individuals require extensive firsthand experience before they can honestly claim to have an authoritative knowledge of the topic, (2) individuals who claim to be experts of a topic by having read a book, but who have not invested the time and effort to learn, their opinions are not much useful, and (3) the need for extended practice illustrates that the individual has average talents, not prodigious. The prodigious child will either exhibit high skills effortlessly or require very little practice to become better acquainted with the topic. Quart was very correct in stating that most gifted kids are being incorrectly labeled.

Within the thoughts of parents wanting their children to be prodigies, there are a few items that have appeared through history to have been sizable influences on whether or not a child might have high talents. (1) Prior to the conception of the child the parents must themselves have exerted high quantities of effort to achieve goals, (2) the parents' genetics must be capable of producing prodigious talents, (3) the parents must be well-nourished with the proper nutrients, (4) the mother must retain proper nutrition during pregnancy, (5) the mother should maintain an emotional communication with the fetus, (6) the child should be given proper nutrition at all times, and (7) the child's environment should be advantageous for the specific prodigious talent itself. If the child has already been born, and the parents later desire for the child to become a prodigy without the parents having previously accomplished the seven items, well, it is likely too late. No quantity of 'get smart quick' gimmicks can make an average child a prodigy. A child is either born a prodigy or not born a prodigy.

I have no firsthand knowledge of the BabyPlus products, but within the manner of their being advertised I myself do not recognize where the gadgets might be creative, and if there had previously been a potential for the child to be a prodigy then the gadgets may stunt the fetus' natural growth. The BabyPlus products are being advertised on their website with the unsubstantiated adult-derived belief that the fetus learns from "...the only true language of the prenatal environment, the language of the maternal heartbeat. The spoken word is too difficult for the developing child to understand and music is too complex." Upon what evidence are the claims being made? The BabyPlus claims are false, misleading, and illustrate an inexperience within the topic itself. The customer testimonials appear to too frequently focus on the children being docile and exhibiting behaviors peculiarly reminiscent to Down Syndrome. While it may be beneficial for an average child to have been trained by BabyPlus products to think and behave at a subdued level that enables the child to easily adapt to his/her environment, I myself feel that it is a tremendous injustice that a parent would purposefully alter the child's mind so that the parent might find more personal comfort. It was a monstrous thing for Boris Sidis to purposefully contort the infant mind of his son's, William Sidis, and it remains monstrous for any parent to stunt their child's mind. BabyPlus products appear to be for average and below-average parents, and never suitable where there might exist the potential for precocity.