Musings of the Fermi Paradox 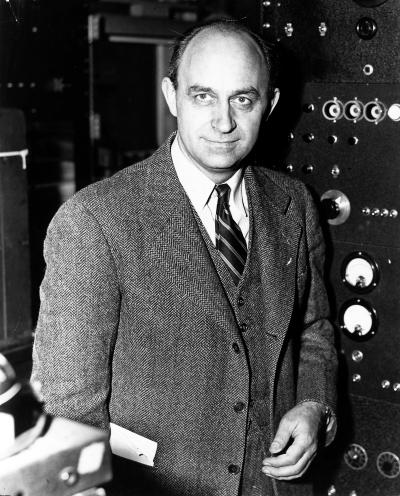 
It has been claimed that there are about two-trillion galaxies in the observable universe, with each galaxy containing about a hundred-million stars on average (I myself have not counted the galaxies and stars, so I do not know whether the number is reasonably accurate or not). Of the approximated 200-million-trillion stars, it is statistically assured (math-based science) that there must also be planets of similar life-supporting features as Earth's, some of which are allegedly billions of years older than Earth, and the mathematical odds state that some of the planets must support life.

According to reported estimates, within the Milky Way galaxy alone there ought to be somewhere around 1,000 to 100,000 intelligent alien civilizations that are similar or more advanced than humans. The reported problem, however, is that there is no scientific evidence that civilized life exists beyond the planet Earth.

The alleged contradiction — between [1] the mathematical probabilities and [2] the actual absence of evidence — is often referred to as the Fermi paradox, named after the physicist Enrico Fermi who, during an alleged casual conversation about aliens in 1950, allegedly asked 'where is everybody?' when asking why aliens are not on Earth. I myself have not researched Enrico Fermi's life, nor have I researched the origins of the Fermi paradox term, but I have seen a mention that Fermi's name was wrongfully attributed by politicians and the news media (no surprise there), and that the Hart-Tipler argument might actually be the name(s) that ought to be more closely attributed.

Regardless of the accuracy or inaccuracy of whichever term is used, Fermi paradox is currently the most popular term amongst the general public, and it is popularly associated with the topic of man's search for space aliens.

The first thought that should always be in mind before all others, is to care about other people. Awareness, consciousness, and thinking should occur before acting. Being mindful is to care, to reason the other person's welfare, to act within a creative harmony that betters others as well as yourself; politeness, kindness, gentleness, and all of the other positive behaviors are positive because they create a better world for everyone. Caring about other people is an act of high intelligence, one that has conscious control over one's own thoughts and behaviors: it is the act of being smart.

Ignorant humans are not much affected physiologically by negative behavior because they are not intelligent enough to retain memories, nor to think, nor to cross-light knowledge, nor to self-reflect to create the sense of shame. Negativity most harms intelligent minds, the minds that have memories, and must always remember and think of the harm that was caused by unthinking humans.

Many humans are inherently hateful, violent, and without regard for anyone or anything other than their own petty self-desires and narcissistic self-worship. Humans cannot so much as live peacefully amongst themselves, and far less would the humans be capable of living peacefully with an intelligent alien species.

The act of sending the Voyager probes into space was an act of careless disregard for all living creatures throughout the universe: if the probes should ever make contact with an intelligent alien civilization, the probe's information will cause harm to the alien civilization, and possibly to humanity as well.

If the probe were to make contact with an advanced alien civilization, the act could cause the extinction of the aliens. Ignorant humans do not so much as know of the emotions and physiology of humans', and within their ignorance the stupid humans believe that their own hate and violence is normal and acceptable to all living beings. All American television and movies of humans interacting with space aliens all share the same theme: hate and violence, which proves that man will act with hate and violence if he is ever permitted contact with an alien species.

Similarly as the felons in prisons, most humans do not think before they act; they act first, and then later they think of what they had already done. Humans typically can only think with hindsight. The act of being mindful, it is rare amongst humans.

Humans have responded to the Fermi paradox, not by first thinking of the primary act of mindfully caring for others, but rather the humans have acted with the callous disregard for all things except the humans' desires for their own personal enjoyments.

The stupid person, whether depicted in literature, proverb, or the ephemeral joke column, is always (and justly, it would seem) characterized by a huge tolerance for absurd contradictions and by a blunt sensitivity for the fine points of a joke. Intellectual discrimination and judgment are inferior. The ideas do not cross-light each other, but remain relatively isolated. Hence, the most absurd contradictions are swallowed, so to speak, without arousing the protest of the critical faculty.

...Sometimes the low-grade imbecile starts off in a very promising way, then apparently forgets the instructions (loses sight of the goal), and begins to play... in a random way. His mental processes are not consecutive, stable, or controlled. He is blown about at the mercy of every gust of momentary interest.

...Middle-grade imbeciles of adult age have much the same difficulty as normal children of 4 years in recognizing mutilations or absurdities in pictures of familiar objects. (The Measurement of Intelligence — An Explanation of and a Complete Guide for the Use of the Stanford Revision and Extension of the Binet-Simon Intelligence Scale, Lewis M. Terman - Professor of Education Stanford Junior University, Houghton Mifflin Company, 1916)

Callous disregard for others is a symptom of psychopathy. The sending of probes into outer space in search of alien life is an act of callous disregard for others. Imbeciles are at the mercy of their momentary interests, the individuals act first and think later, and the individuals cannot cross-light their thoughts to recognize that their behaviors are symptoms of psychopathy, sociopathy, and dementia.

If humans wish to make peaceful contact with space aliens, then humanity must first learn how to live peacefully itself, which is a thing that mankind cannot do.

A researcher might do useful work, and he might make useful discoveries, but the general public and news media always distort the facts, twist the names around, create claims that are not true, and then the public invents long-winded philosophies behind the false claims. Just because an author might claim that ants are attracted to electromagnetic waves, and another author might claim that William Sidis was the smartest man on earth, the claims are very easily proven to have been lies, but still the public will believe the claims to be true because the public knows nothing of the topics, and too, because the public has been trained to believe anything that they are told to believe by self-proclaimed 'experts'.

Why are there no known space aliens walking the streets on Earth? If a space alien were to shop on Earth, would the alien shop at Wal-Mart? And if not, then why not? What color of clothes do aliens wear? Do aliens have hair? Do they get haircuts? How many genders are there? Do aliens take IQ tests?

It might be self-entertaining to ask questions about unknown things that cannot be known, but all of the answers must be invented and imaginary. Worse, however, is when humans begin forming groups that claim to have answers for the unknowable things. Imagine a group of humans who gather each Friday night and discuss how aliens shop, dress, and have their nails done. Would you think of the group as having a mental problem? And if so, then why? The group would be doing the same thing that western philosophy does, except for the group discussing the unknowable unknowns of space aliens while western philosophy discusses the unknowable unknowns of ethics and other topics that western philosophy knows absolutely nothing of.

The search for extraterrestrial life is not far removed from western philosophy and the Friday night groups. One of the first imaginary assumptions is that 'intelligent' beings in the universe must use the identical same radio waves that humans use, which means that all 'intelligent' alien civilizations must use the same electronic devices that humans use and buy at Wal-Mart.

The topic of Fermi's paradox is satiated with the narcissistic self-worship of individuals' who interpret the whole universe as being subservient to the anthropocentric point of view that no intelligent life can exist anywhere in the universe unless the aliens think, act, and reproduce the identical same ways as the median human.

Fermi's paradox is an illustration of how humans do not think first, nor cross-light thoughts, nor care for others, but rather "begins to play... in a random way" while with the callous disregard for others.