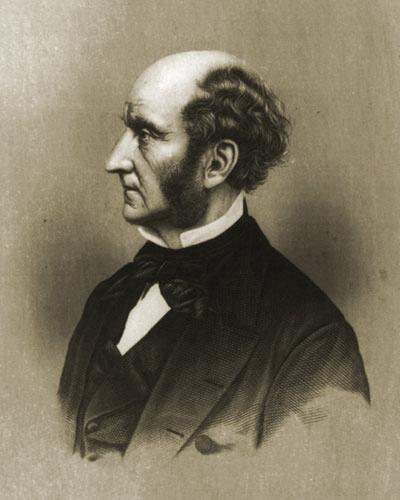 From Utilitarianism: "The utilitarian doctrine is, that happiness is desirable, and the only thing desirable, as an end; all other things being only desirable as means to that end." The majority of mankind finds a happiness in consuming the earth's resources, resulting in the destruction of life and environment, leading to the great suffering of all living beings, and Utilitarianism's unclarified claim for happiness cannot be accepted as a measure of ethical or moral behavior. 'As an end' ought to be the gaining of knowledge of what is correct knowledge, of acquiring accurate information to be used for forming accurate logic and then guiding one's behaviors according to what is known to be correct behavior, and the 'as an end' should never be an anti-intellectual 'whatever feels good.'

"The multiplication of happiness is, according to the utilitarian ethics, the object of virtue:" The word ethics has not been clarified within western philosophy, and Utilitarianism muddied the topic further by inventing additional circular definitions. Happiness is not an ethic, and no quantity of Utilitarianism having claimed that happiness is ethical will ever make happiness an ethic. The word virtue is often used within the English language to imply numerous different meanings, with none of the meanings having been given a clarification. Some men have been virtuous, and though the men may have also been happy, the happiness was not the virtue. There was a psychological reason why Mill chose the words he chose, but Mill's choice of words did not convey the meaning that the words implied, and thus, Utilitarianism confused the topic further.

"Happiness has made out its title as one of the ends of conduct, and consequently one of the criteria of morality." It was not reasonable for Utilitarianism to have claimed that happiness can be a form of measure of morality, but such a claim is to be expected, for it is common for man to take an existing thing and then claim that the thing arrived from — and is judged solely by — his new religion. As all other things in the universe, happiness is composed of elements. Happiness is the end-product of several elements occurring simultaneously. For happiness to exist, there first must exist the components that combine to create happiness. Although a similarity of components may give rise to happiness in different individuals, the components will vary relative to each individual. The man whose foundational nature is one of love, his happiness may nascent from the combination of love, compassion, and the opportunity to give his love and compassion to the world. The man whose foundational nature is one of greed, his happiness may nascent from the combination of greed, deceit, and the opportunity to accumulate wealth without regard of the hardships and suffering imposed on the world. The happiness of Utilitarianism did not focus on the elements that combine to create happiness, nor did Utilitarianism give attention to discussing how the elements might harmonize or disharmonize, and so it is reasonable to theorize that Utilitarianism was written without a knowledge of the nature of happiness.

Within Utilitarianism there is no clarification of what Utilitarian Ethics might be other than the weighing of what actions might result in an individual's emotion of happiness. If the physical actions of slaughtering and eating an animal produced a sensation of happiness in a man, will the actions be sensed as ethical by another man who cared for the life of the animal? If all men find within themselves differences of opinions of what marks an ethic, then the word ethic has not been defined; plain and simple. When a definition is presented that all men can agree upon — and one does exist — then and only then will man be positioned to begin reasoning uniformly.

To repeat once more from Utilitarianism: "The utilitarian doctrine is, that happiness is desirable, and the only thing desirable, as an end; all other things being only desirable as means to that end." The more correct view ought to have been that correctness should be the thing desired, and not only as its own end, but as a component that combines with other elements to create a nature that has for itself the ultimate value which mirrors that of Creation: creativity. Humans value accuracy in mathematics, and humans interpret other humans as having an inferior intellect if the other individual cannot perform an intellectual feat accurately, but in matters of philosophy and behavior, humans too easily forget that correctness still holds true as a necessary component of all good things. First seek correctness, and from the correct knowledge there can arrive a desirable outcome.

To better clarify the above paragraph, there is no such thing in the universe as a singularity. All things are composed of components, and nothing that exists will exist without components. It is a common human nature to reason in sequence, of one thing as a singularity that is followed by the thought of another singularity, and thus the common result is a belief that a conclusion can be found if enough sequences are combined, as if assembling an automobile from existing components. However, the Universe was not created within sequences, but rather the Universe was created within parallels of numerous actions occurring simultaneously and influencing the others instantaneously. The choice for correctness may be for its own end, and though the inward standard may arrive into existence through the logic of choosing the correct choice, still there are possible and necessary additional components that must be for their own end as well, and it is from the combining of correct thoughts and behaviors that an end-product might arise, including that of happiness, but happiness ought not to be the goal, but rather the unintentional product. When a thing is desired — such as happiness — and the thing has no foundation of it occurring naturally through the combining of correctness, then an individual is apt to contort his/her beliefs and actions to create the happiness, regardless of whether the beliefs and actions are correct, good, or destructive.

A parallel is that to achieve Zen enlightenment, one must first have the desire to become enlightened, but the individual must then rid himself of all desire to achieve enlightenment because enlightenment cannot exist while desire exists. "Only through the greatest of effort does enlightenment arrive without effort." Larry Neal Gowdy — Logics Origin of Ethics, Morals, Virtue, and Quality. As virtue and righteousness nascent into existence without their being the goal, and as forms of enlightenment may be the most difficult things to achieve, still, when the things do come into existence, they do so within their own nature and without human effort. Similarly with happiness, if a person desires happiness then the person must first self-create the necessary qualities within him/herself that are sufficient to combine into creating the sensation of happiness, and the person's bliss will not be a self-suggested self-convinced belief that s/he is happy, but rather the happiness will come into existence on its own, and it will be a true happiness.

Happiness is composed of specific elements unique to each individual and circumstance, and since the elements are unique to each individual, then no rule of law or philosophy can become a singular judge of happiness. The act of debating Utilitarian doctrines is not necessary, but rather the most useful thing for the moment is to simply commit the act of being accurate.

Though it is not possible to now know what Mill might have had in mind when he promoted the Utilitarian view, there are possibilities of reasons why the happiness philosophy may be concluded as being useful. Drawing upon four common beliefs — (1) the general public does not have a clear knowledge of what defines right and wrong, (2) the general public has little or no interest in learning the nature of right and wrong, (3) the general public has already chosen for itself its systems of belief, and (4) no quantity of knowledge of right and wrong is capable of swaying an era's generation into abandoning the existing systems of belief in favor of the new knowledge — it is then possible to reason that since the public cannot be profitably bettered with knowledge, then the alternative might be to simply attempt to make the public as comfortable as possible while philosophy continues its debates on ethics and morals.

If the foundation of Utilitarianism were formed upon such logic, then perhaps Utilitarianism might be said to be as the doctor that pities a dying person, and the doctor injects the patient with pain killers so as to help reduce the suffering. While there might be seen a degree of compassion in such a view, still the patient is allowed to die, and the patient's children and grandchildren are also lined up in a row to receive their injections. It is always better to find a cure rather than to find a drug to kill the pain, and likewise it is better to clarify what is right and wrong — regardless of the discomfort it might cause for the first generation — rather than to perpetuate the public's agony of living without a knowing of the natures of right and wrong.

A popular belief among the general public is that John Mill was one of the greatest academic child prodigies in recorded history, and so it is disconcerting to find that Mill's good reputation is not evidenced in the theories of Utilitarianism. Everyone makes errors, and all theories will have flaws, but the flaws within Utilitarianism cannot be healed.