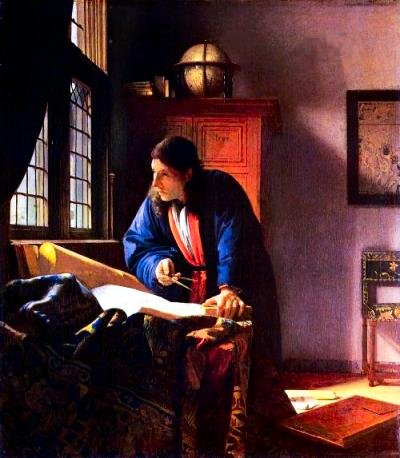 
"...he frightens the ordinary man. If he is more than a popular story-teller it may take humanity a generation to absorb and grow accustomed to the new geography with which the scientist or artist presents us. ...Subconsciously [he] is feared as an image breaker; frequently he does not accept the opinions of the mass, or man's opinion of himself." — Loren Eiseley "The Mind as Nature"

"There are few circumstances among those which make up the present condition of human knowledge, more unlike what might have been expected, or more significant of the backward state in which speculation on the most important subjects still lingers, than the little progress which has been made in the decision of the controversy respecting the criterion of right and wrong. From the dawn of philosophy, the question concerning the summum bonum, or, what is the same thing, concerning the foundation of morality, has been accounted the main problem in speculative thought, has occupied the most gifted intellects, and divided them into sects and schools, carrying on a vigorous warfare against one another. And after more than two thousand years the same discussions continue, philosophers are still ranged under the same contending banners, and neither thinkers nor mankind at large seem nearer to being unanimous on the subject..." (From the first paragraph of Utilitarianism (1879) by former child prodigy John Stuart Mill (1806-1873)).

As John Mill pointed to, the thing called "ethics" has always been an uncertainty to the greater portion of the population. One of my purposes for creating this website is to give the public a few basics that each individual can use to determine for themselves whether or not their concept of ethics might be valid. My hope is that perhaps a sizable portion of the public will grow to realize that the concept of ethics is quite simple even though the concept may appear dauntingly complex at first.

The Logical Starting Point is Nature Itself

At some point in man's history he became aware that his body is composed of numerous different organs. The knowledge forever removed the possibility for a belief that the body is one solid — but flexible — mass. Man's interpretation of himself changed again when it was discovered that the numerous organs were themselves composed of smaller components: cells. In recent years research has discovered that the cells themselves are composed of smaller components, and that the components themselves are of a complexity even greater than the number of cells in each organ. Modern science can now explain with a degree of accuracy how each cell is the product of trillions of atomic and sub-atomic components that interact within the laws of Nature (physics).

It is a common behavior amongst most humans to accept a belief about a thing without the individual asking questions. If a knowledge appears to agree with what is sensorially perceived, then most people will conclude that the knowledge is sufficient and that no further knowledge is needed. The behavior of not asking further questions is usually a useful behavior because it allows a person to mentally accept what appears reasonable, and the person is then free to pursue other activities that may be more important (eating, working, etc.). While the behavior of not asking questions may be useful for socializing and the basic survival needs of the body, the behavior is not useful for the gaining of knowledge nor for the understanding of why a current belief may be correct or incorrect even though the belief may appear — on the surface — to agree with what is sensorially observed.

Perhaps in another hundred years — surely not in our lifetime — perhaps a physics-based investigation into the concept of ethics will have begun by organized science, and perhaps for the very first time the public will learn in the schools that it is an acceptable thing for an individual to demand that his/her philosophy be grounded on what is real within Reality.

With your being armed with the simple knowledge that all things are composed of components, it is useful to go and critique all systems of ethics, especially one's own, and demand for yourself that you will only accept knowledge that verifiably agrees with the laws of Nature. The next step, of course, it to discover what the components of ethics might be.