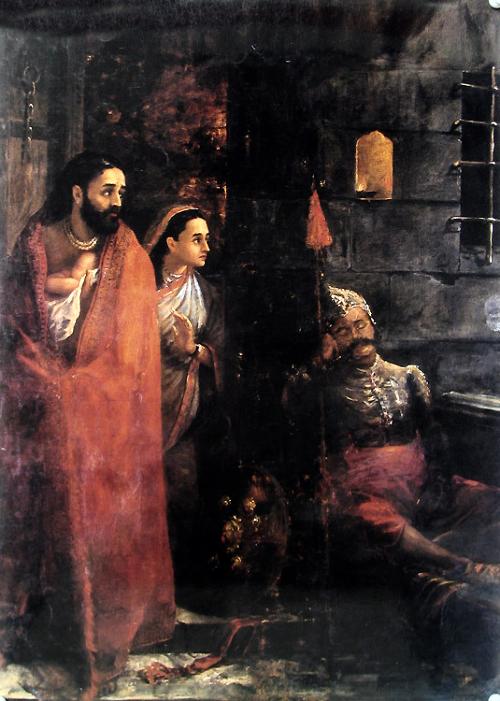 
"Among the wealthy, compassionate men claim the richest wealth, for material wealth is possessed by even contemptible men. Find and follow the good path and be ruled by compassion. For if the various ways are examined, compassion will prove the means to liberation." — Tirukkural 25: 241-242

Karma is the standard of thought, that an individual is to do unto others as one would have done unto one's self, and not because of equity and fairness, but because the other is one's self.

Paramhansa Yogananda's Autobiography of a Yogi well illustrated a common thread among the many adepts, that of an early string of memories that detail knowledges unknown to most men until the men are taught the knowledge in schools, and from within the Hindu culture there has arisen a remarkable quantity of terminologies — surely even more than those of western philosophy's — but where among all the words, at least those translated into the English language, is there spoken the sequencing of thoughts and actions that create the thing called ethics? Is an ethic merely a noun placed upon a mental categorizing of actions? If honesty and compassion are classified as ethical, then by what scale are honesty and compassion placed together within the category of ethics? If ethics are right actions, then by what scale is a thing weighed as being right?

If an adept Hindu remembers his existence prior to fleshly birth, and the memory is a valid one, and not a wishful imagination, then the adept Hindu should also have the memory of how his mind first learned of the word ethics, and how the word was interpreted. If I had been born in India, there I would have been accepted into society, and my words would have found ears, but I chose another land, one far more desolate than the most arid of India's deserts, and the culture here is not tolerant of a man whose memories reach further than those of the most common of thoughts, and so my lips remained closed, but though a man's tongue may not speak of a knowledge, his silence does not necessitate that he is ignorant of what is not said.

Enter into four 'ethical' elements of Hinduism; of enjoyment, of righteousness, of spiritual liberation, and of wealth, and if the Hindu is enlightened, then he should be capable of describing the three or more components of each element. Enlightenment is not the possession of any one ideology, nor is any talent restricted to occur only within one ideology, and so if an enlightened Buddhist or Christian can discover the origins of ethics, then so can the Hindu.

The man spoke: "I know nothing of Hindu ethics, I confess my ignorance of the religion, for I am but a man who has chosen honesty, compassion, love, charity, and of the many other chosen actions, there are also the Nature-based dharma, the knowing of reincarnation, and a recognition of karma, and yet I am not a Buddhist, nor a Christian, nor a Jain, nor a Hindu; I am but I. Though a man may speak the word ahisma, I remain within the act of gentleness and wish no harm upon any man when I admit my ignorance of the word's definition. Though a man may speak the word satya, I must remain within the act of truthfulness and state that I do not know the word's definition. Though a man may speak any word, still I will remain within the act of observing, and abstain from a claim that I am with a knowledge of what the man speaks of. When my I first entered the presence of the divisions of light that is Creation, I was aware of the three things that combine to create the universe, and though man's science has only recently discovered portions of what I knew from before the first duplication, still has man's science not recognized the existence of a third thing, and if man's mind is not rationalizing upon the presence of the third thing, then man's mind cannot be rationalizing correctly, and I cannot know what any of his words might imply. I observed the two becoming one, and the one becoming two, and though I knew before birth the nature of cell growth, of organ development, of the physical and nonphysical nutrients, of the wave-based nature of Creation, and of many other things, within none were any subject to the rule of any man's words, and never will the I be subject to man's invention of ethics. Krishna is love, and love is the I's only standard, for it is from love that I exist."