Act of Creation: An ethic is a singular, logically deduced, self-created, self-chosen choice to think and behave as deemed most correct to the individual.

How of Creation: An ethic is a self-chosen standard of mental behavior based on logic.

Why of Creation: An ethic is a fixed mental reference point that logic uses for the associating and weighing of reasoning. As triangulation1 requires a fixed point of reference, and intelligence exists through analogous association, an ethic is the fixed point for associating.

Behavior of Creation: All further inward logic and externally expressed behavior is manipulated to conform to and be logically consistent with the self-created ethic.

In appearance, an ethic functions similarly to a belief system in that both influence the person's reasoning, perception, and behavior. A good ethic is the inwardly self-chosen act of self-control towards creative self-betterment without regard of external (social) standards, whereas a belief is the bad internal standard that accepts external (social) standards to be the standard of behavior, resulting in an illogical noncreative conformity.

An ethic is a sturdy triangulation point fixed solidly into the ground that resists all winds and floods, whereas beliefs are as toothpicks in sand, easily plucked up and rearranged to conform to the winds and waters of life. Ethics and beliefs are not the same things even though they may at times appear to produce similar behaviors.

Morals are the creation of ethics externally applied (logical-good or illogical-bad behavior).

Depravity is the sum creation of bad ethics applied (illogical behavior not in creative harmony). 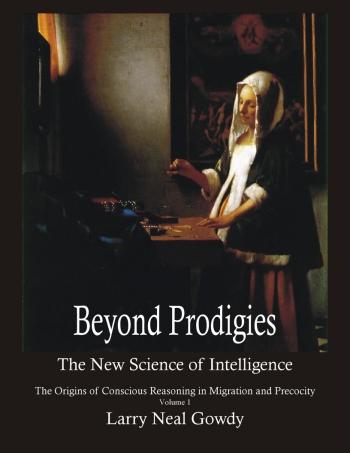 Update for March 22, 2013 — the new prodigies book is now available through Barnes&Noble. Much of the book's information is based on SesquIQ's SQ project, and since the book details some of the features within the SQ classifications of cognition then the previous SQ tests have now been halted and no scoring will be given except for the new SQ tests.

“There are few circumstances among those which make up the present condition of human knowledge, more unlike what might have been expected, or more significant of the backward state in which speculation on the most important subjects still lingers, than the little progress which has been made in the decision of the controversy respecting the criterion of right and wrong. From the dawn of philosophy, the question concerning the summum bonum, or, what is the same thing, concerning the foundation of morality, has been accounted the main problem in speculative thought, has occupied the most gifted intellects, and divided them into sects and schools, carrying on a vigorous warfare against one another. And after more than two thousand years the same discussions continue, philosophers are still ranged under the same contending banners, and neither thinkers nor mankind at large seem nearer to being unanimous on the subject, than when the youth Socrates listened to the old Protagoras, and asserted (if Plato’s dialogue be grounded on a real conversation) the theory of utilitarianism against the popular morality of the so-called sophist.” (John Stuart Mill, Utilitarianism, 1879.)

The brief definitions provided towards the top of this page are only meant to give the reader a small taste of the nature of ethics and morals. It is recommend that the Dialogues of Nodin and William are read so as to get a feel for the basics of Nature-based logic. If a person has a question, then it should be asked, and the person should not glean a ten-word definition and then believe himself sufficiently educated.

1 I have received comments that triangulation requires two fixed reference points. I had assumed that readers would know enough about triangulation and be sufficiently conscious of their own thoughts to recognize that the choosing of a behavior is derived by logically weighing a present perception along with the ethic to determine what a third thing (reaction/behavior) should be. The ethic remains the sole fixed point, whereas present perceptions change but remain the second point of reference.