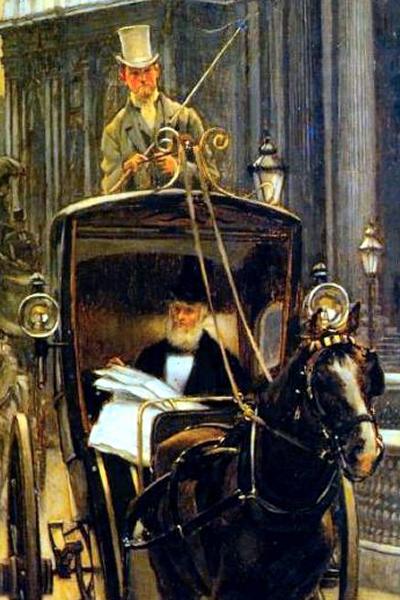 
The Department of Homeland Security (DHS) is purchasing a large quantity of ammunition, roughly 1.6 billion to 2.4 billion rounds. Several conspiracy theorists — and well-known extremists who are intent on instigating violence — are claiming that the DHS and other government agencies are stockpiling ammunition with the plan to declare civil war on USA citizens.

Before leaping to say yes or no to the conspiracy theories, let's look at the numbers.

The DHS is reported to have around 230,000 employees. If the DHS is similar to other common government agencies that deal with criminals, then most — if not all — of the employees may be required to pass an annual firearms qualification test. The test may be as basic as verifying that the employee can fire around 48 rounds of pistol and rifle ammo while hitting a paper target without injuring themselves nor any other employee. I am not now nor have I ever been an employee of DHS, and so I do not know from firsthand experience what the DHS requirements are, but since it is also reported that around 100,000 DHA employees are armed in their daily duties, then I will speculate that at least around half of all employees are required to pass the firearm qualification. State criminal justice agencies typically require up to 100% of all department employees to pass firearms qualification even if less than 1% of the employees carry a weapon, so my 50% estimate is likely very conservative.

115,000 employees shooting 50 rounds of qualifying ammo equals 5,750,000 rounds per year. Firearm qualification usually does not focus much on accuracy, so most any grade of ammo is suitable for most qualification tests.

One report states that DHS has quarterly firearm qualifications, which would raise the previous figure to around 23,000,000 rounds per year.

The 100,000 +/- armed employees ought to be continuously trained (oh I do hope they are!). Those of us who are serious about firearm accuracy and safety will typically shoot around 500 to 2,000 or more rounds of ammo each month (depending on the style of firearm and scenario). The very least quantity of ammo used during leisure-training for me is 20 rounds a day in rough rural terrain and at distances of 400+ yards (shoot three rounds, hike to the target (while carrying 40-50 pounds of gear), make notes, hike back to the shooting area, and repeat; a 6-7 hour practice session). If I trained at least twice a week I would shoot around 200 rounds per month of the absolute best ammunition that money can buy.

Individuals who are plinkers and simply enjoy tossing bullets down-range can easily shoot 4,000 to 10,000 rounds a month (plinkers tend to not shoot as much now that ammo costs have increased). It was not uncommon for a family in my region to shoot 100,000 rounds of .22 a year. If I were training for an occupation like DHS then 2,000 rounds per month would be considered an absolute minimum, and all of it would be high-quality hollow point.

Bullet types are important. If I were a plinker I would only shoot the cheapest ammo I could find, but cheap ammo is not accurate nor safe for real-life defense. In my target rifle I only shot the very best ammunition during practice, and in my pistols I only shot the very most accurate ammunition that I could buy. If a situation were to ever warrant my defending another person's life (I am sincerely thankful that that situation has never occurred and hopefully never will), and if the bad guy were to be holding a hostage in front of him — the hostage hiding all but the bad guy's face — and I were standing within 50 yards, I would not hesitate to do a pistol head-shot on the bad guy (400+ yards with a rifle in low or steady winds; 200-300 yards if all I could see was one eye). I was very confident in my accuracy because I was well-trained and I only shot the same ammunition that I knew would give me very similar accuracy for every shot. A five-round group at 200 yards with a .308 rifle should literally all land on a dime, a group of .5" or less (typically around .3" for all five shots; one ragged hole). I am not a professional nor a competition shooter, but this is the type of accuracy that I expect from my shots, and I expect nothing less from an armed government employee whose job is to defend American lives.

Never does a professional shooter train with low quality ammunition — never — and if DHS employees are expected to protect American lives, then the employees had better be training with the very best ammunition for their weapons. The conspiracy theorists whine and complain about the DHS buying hollow point bullets, but no serious shooter would ever consider practicing with any round except what the individual intends to use while on duty. The Sierra boat-tail bullet is pretty much universally accepted to be the finest and most accurate bullet made in the world, and it just happens to have a hollow point. If the world's most accurate bullet were a soft lead-tip then shooters would choose it, but the very small hollow point of the Sierra boat-tail bullet appears to enhance accuracy, which for a shooter is the most important feature of all.

Some articles report "360,000" rounds of hollow points have been or will be ordered. That number is just barely enough to keep ten to fifteen DHS sharpshooters in practice for one year.

Contrary to what the sensationalist left-wing articles claim, hollow point bullets do not "explode" on impact. A good hollow point will expand up to around twice its diameter to cause a larger wound cavity, but it will not explode. The extremist articles are misinformation and outright lies.

100,000 DHS employees at 2,000 rounds a month sums to around 2.4 billion rounds per year. The 1.6 billion to 2.4 billion purchased rounds spoken of by the conspiracy theorists is spread-out over four to five years, not annually. The math appears to suggest that the armed DHS employees are only being given around 400-500 rounds a month to practice with, which is simply not enough to build one's shooting skills. (I am hoping that the designated DHS shooters purchase their own ammunition for their own practice if they are not given an ample supply.)

On the civil war conspiracy theory, who exactly is supposed to be on opposing sides in this civil war that the conspiracy theorists claim will occur? In my region and in all other regions where I have traveled and met law enforcement employees, if a civil war were to occur in the USA then the two sides would be (1) law enforcement departments standing with other innocent citizens to defend themselves from (2) the low IQ bubba criminals who invent conspiracy theories. Violence is the behavior of low intelligence — always has been and always will be.

Just in case no one noticed, since the time that this news article was first written on December 02, 2014, there has been no civil war. DHS employees did not initiate a civil war, the DHS employees did not go out and begin shooting people, and contrary to what conspiracy theories have been loudly screaming fanatically for several decades, firearms have not been banned, nor have law enforcement employees broken into homes to take everyone's guns.

The low IQ bubba criminal mass news media knowingly and purposefully lies and instigates social hysteria, like it is doing today with politics, viruses, global warming, and all of the other doomsday lies. Follow the money trail to find the source of the lies.