Definition of IQ and Intelligence 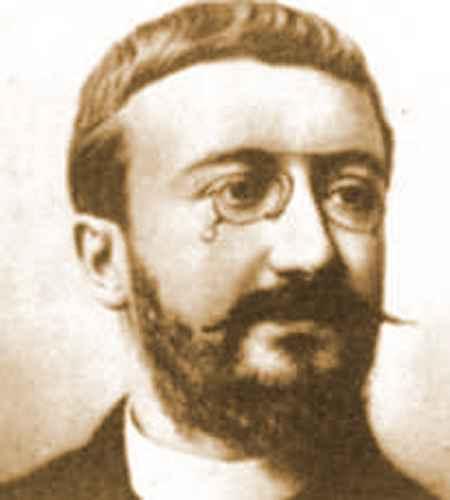 
The test is to illuminate the dullard,

but to question the math of brightness,

Nothing x Ocean, Amperage, Torque, Mass, SQ x Nothing = Nothing

Adult IQ is calculated by supervised IQ testing. Adult IQ scores are specific to each IQ test and are not interchangeable between one IQ test and another.

What IQ Is Not

IQ is not synonymous with the term "intelligence." (Also see the Nodin Dialogue Intelligence Vs. IQ.) IQ is a mathematically-derived sum of numbers; nothing else. While it may be true that higher intelligence may usually score higher on IQ tests, the IQ score itself is not a valid indication of intelligence. It is well known that some high IQ individuals cheated on their IQ tests, and so if a high IQ score can be attained by a low intelligence person, then IQ scores by themselves mean nothing.

IQ is a man-made invention; intelligence existed before IQ tests were invented. IQ can never, under any circumstances whatsoever, be synonymous to intelligence. IQ is a man-made mathematical measurement of an individual's mental processing speed, and never can the measurement become the thing measured. (Also see the Nodin Dialogue Firsts.)

The Nature of IQ and Intelligence

The material Universe primarily functions on two wave attributes: speed/pressure and quantity/mass (actually there are three, but all modern scientific theories are only based on two). Another principle is that nothing can nascent into existence without it being composed of three or more elements or attributes. Everything that is known to exist, including intelligence, is based on the same principles. Intelligence requires speed of processing as well as quantity of thoughts processed. Ideally, an individual's ability to honestly score well on an IQ test would indicate that the individual has a high intellectual potential. The term potential is a useful word since it is also used in physics to denote dimensional pressure and electrical voltage. The intellectual potential of IQ is not wholly an analogy, for indeed there exists a potential for high intelligence among individuals who honestly score well on IQ tests, and all intellectual activity does possess a form of pressure.

The principle of requiring no fewer than three elements to create a new thing is observable throughout Nature. An individual does not have to attend a university physics class to know that a proton must have no fewer than three primary waves. A sensorially and intellectually gifted child may recognize the principle and analytically deduce the existence of waves, quarks, and fractals long before the child first enters school. Universal principles are very simple, the principles apply to everything, and all things are defined by the elements that created the thing.

Individuals who are knowledgeable about electricity will use specific concepts that give evidence that the individuals know the basics of electricity. When speaking of how much electricity is produced by an electrical generator, the knowledgeable individual will state that s/he must first know the voltage (pressure) and the amperage (quantity). Additional attributes will include wave form and hertz (sine waves per second). By multiplying the voltage by the amperage, the individual can then know the wattage power being produced. Individuals who are not knowledgeable about electricity often believe that the only attribute of electricity needful of knowing is voltage. Voltage is but one of the two primary attributes of electricity, and never can wattage power be known if only the voltage potential is known. Similarly, IQ tests measure intellectual speed (pressure/potential), but do not measure intellectual power, intellectual quantity, nor intellectual attributes. It is an absurdity to say that voltage is synonymous to electrical power, and it is also an absurdity to say that IQ is synonymous to intelligence. IQ scoring is not formulated upon the Universal principles of speed/mass and triplicities, which renders the IQ concept as having little real-world value.

The chart illustrates how different things share the similarities of speed/pressure and quantity/mass. The chart's data is not meant to be exact, but rather to convey the idea about Universal principles and how the principles must also apply to intelligence.

Intelligence is an entity's conscious perceptual awareness of itself and its surroundings, and the depth of capacity to personally use that information. Intelligence is the conceptual creation of memory, sensorial perception, and logic functioning in harmony.

Society places great emphasis on knowledge but no discernible emphasis on understanding. It is known that some individuals have earned Ph.D.s in psychology, and yet the individuals truly believe that they can know everything about anything without the individuals first having experienced a sensorial perception. It is outrageously absurd for anyone, especially a doctorate in the very topic of psychology itself, to believe that they can comprehend the meaning of a word that signifies a thing that the person has not sensorially perceived. It is true that a mind can construct an abstract concept of an object not before sensorially perceived, but only if the individual has first sensorially perceived the elements that comprise the unknown object. No one can conceive of a skyscraper without first having personally sensorially perceived height, width, depth, earth, and all the other foundational elements that combine to create a skyscraper. Other attributes of the skyscraper also cannot be known without direct firsthand sensorial experience, that of perceiving aromas, sounds, textures, temperatures, and so forth. An individual may possess much knowledge, even a Ph.D., but knowledge can never be a substitute for the understanding gained through firsthand sensorial perception.

IQ is as to knowledge, as SQ (sensory quotient) is to understanding. Regardless of an individual's IQ percentile and level of academic education, never will it excel a tittle of firsthand sensorial experience.

Intelligence can exist without understanding, although it will be out of balance and have no depth nor potential for accuracy. Excessive symbolism-based knowledge results in an intelligence that bases most of its conclusions on words and numbers, with few conclusions based on fact. Understanding through experiential information-gathering provides the greatest quantity of fact, but little opportunity to communicate facts through words of information. The ideal intelligence is one well balanced with knowledge and understanding.

It is an unfortunate human tendency to confuse and associate symbols and measurements as being the things symbolized and measured. IQ is but one of many different methods of measuring exhibited intelligence, and it would be most beneficial if the general public were to exert the effort to recognize and keep distinct the terms "IQ" and "intelligence."

Nature dictates that all known things will be composed of no fewer than three elements, and that the mathematically measured power of a thing will be composed of the thing's speed and quantity. Man-made IQ tests attempt to supersede the laws of Nature, but of course fail miserably, and how dare anyone to point-out why.