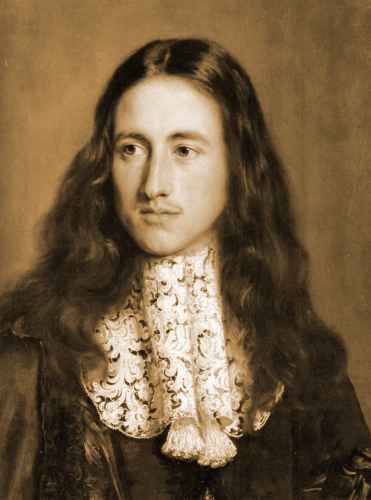 
The girl’s face has become softer,

and she looks at me as if asking

(Suggested reading while listening to Paul Winter's "Triumph" and "Golden Apples of the Sun".)

Sitting atop a white Spanish Mustang, Calvin's long brown hair blows gently across his shoulders as he rides into the outskirts of a medieval German village.

Pulling back the hood of his unbleached muslin robe, Calvin's nostrils delight in the fragrance of a recent spring rain, followed quickly by the displeasing aromas of spoiled foods being cooked over open fires by unbathed bodies. The township is like all others he has visited; noisy with chickens, blacksmiths hammering iron, carelessly littered soil, and dirty children running amok near crudely built huts. Just another town, just another disappointment.

Calvin slowly rides the dirt road, his hazel eyes absorbing the village’s personality, while his ears attempt to ignore the thud-sucking noise created by each step of the Mustang’s hoofs in thick mud. Village girls in soiled dresses run up beside the horse, each hoping to gain Calvin's affection, knowing of his quest to find the perfect mate. Calvin leisurely rides on, empathically sensing and reading each person's soul, ignoring the spirits of selfishness. Within half an hour Calvin has ridden out of town, on his way to the next.

As the sun sets and a full moon casts dark shadows, Calvin dismounts and settles down in a plush clearing of tall green grasses, slender trees, and violet scents from nearby morning glory vines. Unrolling a thick rug of bright Irish family plaids, he sits down upon it, grabbing his legs with both arms, leaning forward and resting his head upon bent knees. With a sad and longing heart, Calvin's soul is resigning itself to forever being alone.

At nineteen years old, Calvin is already a master in his craft. Since birth he has discerned the distant future effects of present actions, able to discern most all things to come but one; whom he will marry. With every ability attainable of a mystic and more, none hold value if it means a life without love.

For what profit is there to hold a world as your own and not have someone to share it with? If a possession cannot be given away, then it is never truly one’s own. Love only exists when freely given to another, and likewise, compassion only becomes real when showered freely upon all. Only by freely giving away one's most prized possession can the possession then be realized. A man longs to find a female of such honor that she is worth sacrificing his own life for, for that is the mark of true value. Nature provides limitless beauty, but for a man to find value in himself, he must spend and sacrifice it entirely upon another. Some men may sell all of their material possessions to buy one great pearl, while others willingly give away their very life to attain what cannot truly be possessed; the love of an honorable woman.

Calvin's radiant aura expands with compassionate grief, engulfing the forest with emanations of a vexed heart. Within seconds, as always, song birds and the most timid of mammals congregate around Calvin, each sensing his soul, coming to befriend him, and to give their moral support. Now among friends, Calvin's anxieties relax, allowing him to lie down and roll up within a freshly washed cotton blanket of fading blue trim.

Before sleep allows escape, Calvin decides his search should be ended. Calvin is now determined that tomorrow, after buying supplies in the region's major city of Camarillo, that he will ride up into the mountains to live alone for the remainder of his life. A hermit's life accompanied with a forest-full of animal friends is far more desirable than enduring a marriage with a selfish woman, and with the decision made, Calvin enters a deep peaceful sleep, one no longer troubled by a quest for perfection.

The following evening in Camarillo, while paying the store's clerk for three large burlap bags of dried foods, Calvin glances into a mirror mounted an arm’s length away on a wooden support beam. In the mirror Calvin sees a noble girl of breath-taking beauty. Quickly turning his head around, expecting to see the lass, instead he finds no one in the store except for himself and the clerk. Turning back to the mirror, the image has now vanished. Accustomed to the mystical flowing through all aspects of his life, Calvin does not consider the event to be overly odd, and he quickly puts it out of his mind.

After staying the night at a local inn, Calvin visits the general store one last time before leaving. Standing at the counter paying for his purchase, Calvin glances at the mirror and once again he sees the girl's reflection. Now determined to uncover the prankster, Calvin speedily walks throughout the store, looking up and down each isle, as well as under and over each shelf, determined to find who the teaser might be. After finding no one, Calvin leaves the store, unsure of what to think of the apparition.

For another six days Calvin remains in Camarillo, each evening visiting the store, and each time seeing the young girl's radiant face. Each day the image remains longer, by now being seen for several minutes at a time. Other customers ask Calvin why he gazes so intently into the mirror, and though they also look into the mirror but see nothing, Calvin remains quiet, not disturbing the ethereal spirits that bring this phenomenon his direction.

On the seventh evening while walking towards the store, Calvin approaches two girls standing near a livery stable who know nothing of his quest. The first girl he senses as having a dirty soul of selfishness, but the maiden named Ani amazes him. Her aura flows as deep dark velvety waters, so warm, so perfectly inviting, so inviting indeed. After a few minutes of chat, Calvin and the girls walk together into the general store.

Unintentionally, Calvin glances towards the mirror, once again expecting to see the image that he has been gawking at for a week, but on this evening the image has changed. It is the same face as before, but now today she wears her hair differently and her clothes are of a different color as well. Quickly turning his head, Calvin alternately looks at Ani and the mirror several times before fully accepting that they are the same person. With a brief but deeply happy laugh, Calvin realizes that his destiny has finally arrived.

For years Calvin’s heart had been listening for the perfect wife, while Ani's spirit had simultaneously been calling out for a loving husband in prayer. Their two radiant energies collided and manifested themselves within the reflections of a simple mirror.

Calvin and Ani were married within weeks, living the remainder of their lives together in love, with never so much as a harsh word ever spoken. Their children's first words were not "mama" or "dada," but instead "love."

Ani was the perfect wife. Her spirit radiated peace, strongly glowing of love and compassion upon all of Nature without concern of selfish desires. Her long black hair, big brown eyes, beautiful face, and shapely figure were definitely not ignored by Calvin, but true beauty flows from within, a thing that every empath knows and yearns to be near. Calvin never regretted his choice.

In late spring of 1973, nineteen year old Neal sits watching other teenagers cruising Amarillo's main drag. Within three days he is to leave town, never to return, to live forever as a hermit in Colorado's Rocky Mountains. In the rear-view mirror of his white Mustang he sees a girl's face...