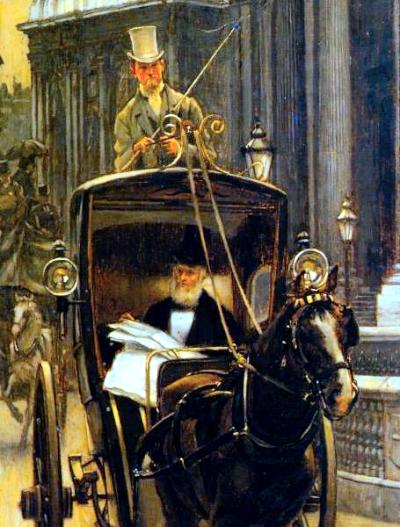 All businesses are created upon the personal standards of the founders' and employees'. The typical capitalist model of business focuses on (1) maximizing profits while usually including (2) a personal preference of the employees' to become the most popular business of its genre (which tends to also support the achievement of #1). A less common capitalist business model is within independently owned sole-operated businesses whose purpose is to merely earn a livable wage while not being concerned about maximizing profits or becoming popular.

A business' chosen standards are as its ethics, while the business' behavior is dictated by the ethics themselves. A business is a created thing, and the created thing's behavior is the result of the logically chosen desires of the creators': the behavior of a business is the behavior that illustrates the employees' own logically chosen desires. No business or government agency can be ethical, moral, or immoral; all ethics and morality arrive from the humans who staff the business or agency.

Since the quality of a business' ethics are the standards of the employees' own ethics, then it is possible to observe which personal standards are held with the greatest weight. As an example of business ethics, a company that knowingly sells unhealthy food for profit is a company that describes its employees as giving more weight to profit than to human life, and it describes the public's choice to also give more weight to money than to human life if the public allows such a company to remain in business (the public's standard of material wealth is held to be of a greater value than life even if the material wealth is possessed by someone other than one's own self). Another observable feature of the public accepting an unhealthy product is that of the public not being aware that the product is unhealthy, which illustrates that the public's standards are derived from a lack of knowledge of the product itself, plus a lack of caring to know, and it is in the public's lack of caring that dangerous businesses are permitted to thrive financially.

The prevalence of violence and hate within television programming illustrates the broadcasting companies' standard of choosing profits by supplying the type of programming that the public wants to see. In this example, the business ethic is weighed on the scale of profit and nothing else, while the public ethic is a decadent self-gratification that finds pleasure in violence and hate, that is, the public weighs violence to be the more desirable standard than a standard of kindness to others or a standard of caring about one's own value.

A positive business 'ethic' is to provide a service or product that is reasonably low priced relative to the man-hours that a customer would have to commit to create the same product/service. An example is a computer operating system (Windows®, Mac®, Linux®, etc.). To create an operating system one's self, an individual would consume many hundreds of hours learning how to program, plus thousands more hours programming the operating system. It is much easier and useful for an individual to pay a day's wages for an operating system than for the person to program one him/herself, and in this business model the product provides a greater value than what an individual could achieve by themselves.

A product's success depends on the product's quality, the product's usefulness, as well as the public's subjective interpretation of how many wage-hours the product is worth to the individual. Windows is the most popular operating system primarily because it is easy to use and requires little effort to learn, while Linux is free but requires effort to learn. The cost of Windows is favored over free Linux because (1) Windows is a better product, and (2) the general public will not exert the effort to learn Linux. In this example, the standard that receives the greatest weight is ease of use, where ease and convenience become more important than a small weight of money. Again, the success of a business depends on the public's own standards.

If a business were truly concerned about the welfare of humanity and the consequences of its actions, then the business would regularly apply all surplus capital towards projects that better mankind and the planet. Instead of investing in environmental betterment (e.g. reforestation of waterways), or creating positive commercial-free television programming that serves and betters the public (and in turn betters the business as well), all known large businesses have chosen to retain the greatest percentage of their profits while giving little or nothing in return. All thinking men know that taking cookies from the jar will eventually empty the jar if more cookies are not placed into the jar, but big business too often functions under the belief that the jar has an infinite number of cookies.

The bottom line is that there is no such thing as a business ethic, but rather all ethics are those of the individuals' employed by the businesses. How a company conducts business is dependent on the employees' conscience, sense of fairness, honesty, greed, charity, and all other personal standards. Too, the success of the business rests on the business providing the products and services that meet the society's ethics (standards), whether good or bad.


"Whenever you find yourself on the side of the majority, it is time to pause and reflect." - Mark Twain