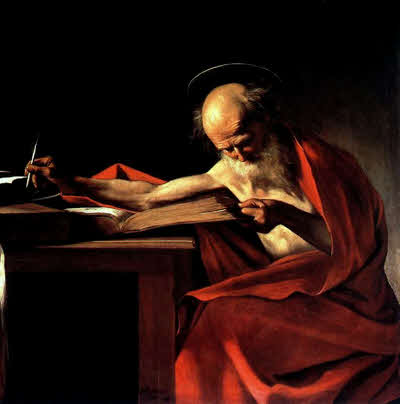 It is unavoidable that all men act upon what they choose to be the correct choice. A man chooses to be peaceful or to be violent, and his every choice is chosen by what he believes is right for him, regardless of whether the choice is beneficial or destructive. But what is the best choice? Though greed may be of temporary benefit, in time the greed will cost a far greater loss than if the man had been charitable. If the greedy man were smart, he would choose charity because then he would gain more, but greed is symptomatic of ignorance, an inability to reason, and greed exists because the men are not smart.

The intelligent man yearns for what is reasonable today as well as for tomorrow. And what is reasonable? The quest is to discover what indeed is reasonable, and to verify that the discovery is an accurate knowledge. The choice is one's own, and each individual must choose their own choices.

Imagine a man who paints without accuracy of color, shape, and size. Is the man an artist?

Imagine a man playing a violin without accuracy. When is a man a violinist, when he makes a displeasing noise, or when he plays a melody's notes accurately?

Is a man a mathematician if he cannot sum a number with 100% accuracy? An elementary trigonometry calculation requires over a hundred lines of 'showing your work', and each line must be 100% accurate before the final sum can be accurate. The skill of mathematics requires 100% accuracy.

Each skill is judged relative to its accuracy, and the degree of accuracy itself is what defines whether an individual is skilled or unskilled.

Bach was skilled. Rembrandt and Leonardo were skilled. Quality marksmen are skilled. Jackie Stewart is skilled. If an occupation is measurable by a micrometer or by the standards of a language, then the man of that occupation is judged by his accuracy.

The pop musician creates a form of melodies that elicit emotions within the genre of humans who want to hear the melodies — thus the music is useful for its specific purpose — but the music is not presented with a claim that the music is an accurate description of Nature.

An apple and an apple are not two apples, they are an apple and an apple, with each apple having its own unique size, shape, weight, taste, aroma, and sound. The exact number "2" does not exist anywhere in Nature: mathematics is a man-made language that does not relate to Nature-Reality. Nevertheless, though a thing is known to not be accurate, if the thing can be applied in a manner that enables accuracy of action (e.g. send a rover to Mars), then the thing is acceptable if the thing is used as a tool and not believed to be more than what it is, that is, it is an irrational correlation proves causation fallacy to believe that the universe is based upon man-made mathematical laws. The external features of Nature might be capable of man-measurement by man-made mathematics, but the internal nature and behavior of Nature cannot be explained nor measured by mathematics.

A high skill with any language, whether it be English, Greek, French, or any other, can be a beautiful thing for its accuracy and elegance, but man-made languages are an inaccurate means of communication between two individuals, and thus the languages themselves are not deemed to be a suitable thing to base an analysis on because the languages are not accurate relative to Nature's own standards. Mathematics communicates the same meaning between all users, and thus, though mathematics may not relate to Nature, still is mathematics a useful language because it can communicate accurately.

Accuracy of application is the goal. Accuracy relative to Nature is the judge.

Western philosophy claims that it is the measure of Nature-Reality, which is a false claim.

If academic psychology were a skill of the mind, then the man would invest ten-thousand to one-hundred-thousand hours into the firsthand experiences of acquiring heightened states of awareness, of observing one's own thoughts, of observing one's own emotions, of observing the nascents of each, to observe one's own emotions that are present during each sensory perception, to observe how one's own memories are created, to observe how one's own memories are brought back into the mind, and of the many other observations, the man would become a master of his own mind. If a man is not a master of his own mind, then why would anyone assume that the man can know another man's mind? He cannot, and he does not.

Western psychology claims that it is the measure of the Nature of man's mind, which is a false claim.

"Similar to all skills of hand, there is a similar methodology of performing mental actions that choose a thing as good, and to present to the mind that which is beautiful, which illustrates to the mind what is good, and that the whole of the thought is to give distinction of that thing, to bring to light the fulfillment of recognizing what is good." (Aristotle's Nicomachean Ethics, translation variation by Larry Neal Gowdy in Aristotelian Ethics)

Within the quest to discover Nature — the man accepting Nature as the only master — the man's nostrils each perceive numerous simultaneous scents within Nature's dimensions and patterns of spherical speeds, distances, intensities, quantities, decay-rates, of how the scents relate one to the other, and how each nostril's cumulative sums relate to the other nostril's sums, enabling the concluding sums that describe an accuracy of perceptions and patterns of cognitive application that mirror Bach-like rhythms, of rhythms and speeds, combinative parallels being mentally and consciously compared simultaneously, dozens upon dozens of flowing self-directed and self-chosen tones and chords and sequences and 'instruments' of which each describe how each scent relates to another scent, a full symphony of sensory perception and cognition occurring within each breath, and yet academic biology claims that olfaction cumulative — and the act of thinking itself — is a singularity, a single binary on-off reaction to a single molecule.

How sad and empty must be the sophist's world. The sophist feels awe and a confusion when experiencing what he deems to be a vastness, and he does not know that other men perpetually feel an intensely greater awe accompanied with an understanding because the men are in constant perception and awareness of the vastness of Nature.

The Buddhist practice of becoming aware of one's breath, of consciously observing the sensorial perceptions of each nostril, to attain an awareness that is permanent within all acts, if a man has become aware of his breath and of what he senses of the nostrils, then would he not be aware of smelling aromas? Buddhism is over two-thousand years old, and Zen is around fourteen-hundred years old, and if men have mastered the art of Buddhist awareness, then the men were aware of stereo and rhythmic olfaction. The philosophies of psychology and biology bare to the world their shame for having so little knowledge of a topic, so little that they claim for themselves to have discovered the most simple of things that have been known to other men for thousands of years. To not know of stereo and rhythmic olfaction, there can be no skill of academic psychology, nor of academic biology.

Nature is the master. A man's sense of the body is the teacher. A man's mind is the student. The student cannot learn without the teacher and master. The cultures of western philosophy, academic psychology, and academic biology do not have a teacher, nor a master.

I have presented this article in the form of western philosophy and academic psychology: I have given histories, discussed nouns, and formed conclusions based upon what appears logical relative to the English words. To the man who is aware of Nature, my words are as mere noises of no value. To the man who is aware of Nature, debates are symptomatic of a mind that is dreaming its own Reality, of a mind that lives within a culture that cannot feel its body; the inability to feel one's body is itself an actual symptom of dreaming.

Within the act of dreaming, the normal mind makes use of ingredients that are fewer in quantity than the ingredients used while awake. Among the symptoms of dreaming are those of a loss of conscious sensorial perception of the body, and a loss of analytical reasoning relative to sequenced events. Within the state of being awake, still do different men make use of different ingredients and with different quantities. If a man cannot feel his body, cannot feel a scent, cannot feel a texture, and cannot apply logic to analyze the present perception relative to what was perceived the moment before — accurate olfaction, hearing, and tactile perceptions cannot occur without the ability to retain and apply analyses to short-term memories of what was sensed in sequences — then the man is asleep. Western philosophy, academic psychology, and academic biology are cultures that exist within states of being asleep.

The man of words, and the man of awareness, their worlds are different, and no quantity of philosophical debates will grasp what it means to be awake.

The adult human is an aged fetus. Humans continue exhibiting the behaviors as what were learned while in the womb. Perhaps the slowness of post-natal fetal development is, in part, an advantage that permits an extended length of time for the mind to further develop and learn of its environment before the mind is numbed through age and emotional experience, but if an individual does not self-choose to wake-up, then the individual will remain asleep. As the fetus slept, so does the adult, and so are the behaviors of western philosophy, academic psychology, and academic biology as unskilled cultures of old fetuses daydreaming.

It is a self-chosen choice, to choose wakefulness, or to choose sleep.