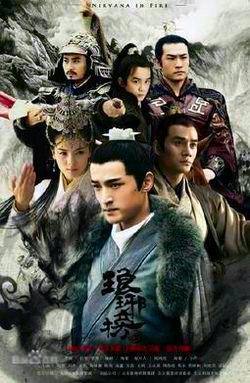 I was astonished of the high quality throughout the series; everything from the opening music, the opening background images, and everything else including through to the very end of the closing credits was superior in every way as compared to all other films that I had ever before watched.

One of the more pleasing qualities of Nirvana in Fire is of the actors and actresses being of a quality themselves, of being able to properly express the story's characters' politeness, courtesy, mindfulness, and tones of voice that carried similar mindfulness. I was astonished, literally astonished.


I have watched very little American television in about twenty years, simply because American television is so negative and poor of quality. My wife and I, we prefer to watch South Korean films and dramas, especially those of the Joseon era. I have seen many good Korean films, some of which were very, very good, but few of the actors and actresses were able to convey the proper emotional tones within spoken words. Within Nirvana in Fire, however, most of the cast was superb: I am still astonished of how excellent the series is.

Everyone has different tastes and preferences of which genre of films to watch, and perhaps Nirvana in Fire best fits a genre of historical China that is coupled with cultural ideals of politeness, mindfulness, and respect for other people. For myself, while watching Nirvana in Fire I enjoyed imagining that a real culture might have once existed where people were truly polite and mindful towards each other.

It has now been about thirty years since the day that I found the reasoning of Nature's value, of Nature's way of creativity — 'fist fist to chest' as the Zhong Yong book speaks of — and for most every day since, I have searched for a way of how to be creative. The answers are easy, but the acts are not easy: politeness, caring for others, honesty, mindfulness, respect, and sincerity, they are all easy, but to be creative, it requires two or more individuals in harmony, which is not easy. Within Nirvana in Fire, if the polite bows were of the heart, and not of a custom, and if the respectful words were of the heart, and not of a custom, then the culture would be creative. Much of the behavior within Nirvana in Fire would be close to the ideal of chi dao, if it were from the heart, and if it were real.


The series of 54 episodes has relatively few references to violence, no filth, and almost no overt meanness, which is extremely rare within modern films. On a scale of one to one-hundred, I would give Nirvana in Fire a 90, which is considerably higher than any other film that I might judge today. (The deduction of 10% is due to the story's reliance upon normal human strife and references to violence: after the introduction, the first minute and a half of Nirvana in Fire episode #1 has a war scene that serves as a background history of the film's story. Once the war scene is past, Nirvana in Fire quickly becomes the very best drama film ever made.)

Apparently I am not the only one who thinks highly of Nirvana in Fire; it has won a very long list of top national and international awards: I counted 55 from the short list, plus numerous additional nominations.

Nirvana in Fire can be watched through Viki.com. I did attempt to find the DVDs to purchase, but I was unable to find legitimate DVDs for sale. If anyone knows of where I can buy the authorized DVD series with English subtitles, please let me know.