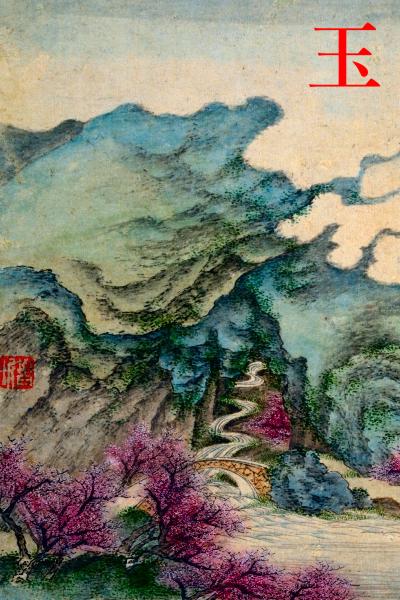 
While recently translating a Confucian-era book, one of the quotes stood-out as being extraordinarily beautiful of meaning and of description. People almost never speak depths of meaning, and far less-so descriptively. The emotional impact was pervading, and for the very first time in my life, I deemed a man to be a sage.

Curious of how the man had applied his words for similar topics, I investigated several more ancient writings, and again I found the man's words to stand-out with meaning and description. Another term arose, one that I have very rarely ever expressed: I was impressed.

For decades I had read of men who were given the title of sage, but I myself never witnessed a reason within any of the men's words and behaviors for the men have earned the title. To me, the title of sage was as empty as the titles of master and enlightened.

The sage words were quotes of Confucius'.

The words are pearls.

Bananas grow on trees. Potatoes grow in the soil. If a man's words do not relate to what is real in the real world, then the man's words make no sense.


'The bananas kept us up all night with their barking.'

The above sentence ought to appear wrong to the reader. If a word is able to be dictionary-defined as both 'dog' and 'banana', then it would seem plausible that most everyone would be able to reason which definition best fits the sentence.

If the word 'bananas' is known to be correct, then some or all of the other words in the sentence must be wrong.

When nine words of a ten-word sentence are known to be correct, then the reader ought to be able to choose the right definition for the tenth word.

Why then have all scholar-philosophers used the wrong tenth word?

Scholar-philosophers have now written countless billions of words while debating a topic that never existed.

Confucius' quotes record him to have used the word. Confucius used the right meaning.

Confucius and Xunzi both spoke of why scholar-philosophers use wrong words. The little articles Correct Name and Point Deer, Call Horse lend parallels.

When translating a wise man's words, let the words relate to what is real in Nature... not force the words to agree with scholar-philosophers.

A sage's words might better people who can be bettered, but the words are ignored by other people.