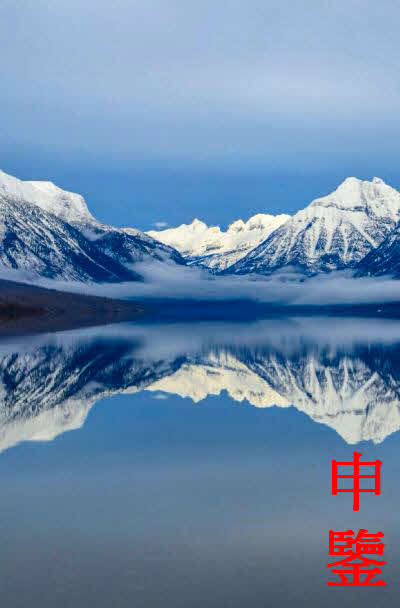 The first chapter itself is titled 政體 Zheng Ti. At first glance, the title appears to infer Government Body, which would raise interest for individuals who favor topics of governments and politics. 政 Zheng has numerous possible synonyms, including 'administrative affairs of governments and families, decree, government, law, politics, regulation, rule, to comment on manuscripts' etc.. 體 Ti infers 'body, class, form, group, style, system' etc.. Therefore, if the chapter's topic is about what is modernly thought of as political governments, then the title would likely be similar to Government Body, but if the chapter's ideas are Confucian, Tao, Yin Yang, and/or similar, then the title might appear to suggest something like Upright Body or Decrees Group.

The four other chapters' titles suggest similarities to [#2] 時事 Seasonal Affairs, [#3] 俗嫌 Customs Criticize, [#4] 雜言上 Various Comments Upper-First, and [#5] 雜言下 Various Comments Lower-Second. Since the four chapters are of generalized topics, then the first chapter might fit well enough with the title of Decrees Group.

During a brief first glance at the chapter's wording, the ideas appeared to shift between Confucian, Taoist, various philosophies, and of imported religious-like beliefs from a region further to the west. The words do not appear to exhibit a straight-forward clarity of thought, resulting in what appears to be a confusion blended with beliefs, and not formed from firsthand understanding gained through firsthand experience. Much of the problem might be due to Zheng Ti having been written within a poetry-like rhythm, which, of course, restricts the wording to be absent of details and explanations.

Nevertheless, some of the thoughts and allegories within the first chapter are interesting to see.


Yes, the string idea is valid, that ambient music does indeed 'dance' along with good poetry and mindful prose. Similar is with quality guqin music accompanying the book of Zhong Jing and portions of Daodejing; when the patterns and rhythms harmonize, they create like as if a pleasing song.

{Its} regarding benevolence righteousness {also}


The 'previous mirror' connected to 'future compound' opens some of the ideas within Daodejing and Da Xue; each addition of each moment of life, adds to and compounds the previous: if the compounding is of benevolence and righteousness, then the creation might be as if 'beautiful pure jade'. Qinren focused on virtue being the foundation of the compounds of from where benevolence and righteousness are created, whereas Zheng Ti is presently speaking of benevolence first. It would be expected that the remainder of the first chapter ought to clarify whether the author firsthand understood the nature of 'compounding', and whether the author was able to describe the compounding with details, but no clarification was seen.


The ideas of 'previous mirror', 'future compound', and 'extend mirror' do influence the book's title. How the following chapters' sentences were worded, helped to further describe which title might be best to be used.


When the words 'Yin' and 'Yang' are spoken, are the words spoken with a firsthand understanding of what they imply, or are the words merely recitations of ideas from someone else's ideas? Did the author speak of Yin and Yang as being real things, or merely being a culturally popular philosophy?

Within the current context, the 'heaven' word does not appear to imply heavens, skies, overhead, nor of seasons, and so, at present the chosen idea is to use the more plausible modern concept of 'Source'.

It cannot be known what the author interpreted benevolence and righteousness to be, whether the acts were interpreted to be external or internal, nor is it possible to know which and how each ingredient was combined to create the author's interpretation of benevolence, but it does seem that the created things — benevolence and righteousness — were being spoken of without an emphasis and mention of the underlying ingredients that include degrees of virtue.

The concept of 'qi' (chi / ki) — a form of 'life energy' that is not electrical — is real, it can be firsthand observed, firsthand measured, and firsthand applied, but there is a large leap of faith in-between a qi that is real and a Yin Yang that has not been firsthand observed.

Similar to all known ideologies and philosophies, the originator of Yin Yang may have had some good ideas, but other people took the ideas, philosophically twisted the ideas into popularized systems of belief, and now today's common ideas of Yin Yang cannot correctly reflect what the originator may have written.

The common modern use of Yin Yang is philosophical, based upon inventions of imagined ideas, not based upon firsthand experience, nor based upon intricate details of reasoning. Also, the actual learning of the teachings of Yin Yang is very difficult due to there being no known English books that speak of Yin Yang without the books merely reciting popular opinions.

Within a recent sixth theory, some individuals have philosophized further, their inventing the belief and philosophy that merely possessing the knowledge of quantum mechanics, plus the experience of believing in quantum mechanics, is level with the mystical "enlightenment" of Buddhism, Taoism, and Zen. The sixth theory serves as a good example of how original ideas are given to the public, and the public then philosophically twists the ideas into a new belief that may have little relevance to the original ideas.

The first five of the theories share strong similarities, and all six theories exhibit three predominate features: [1] flat two-dimensional theories, [2] forming philosophical conclusions upon circular reasoning, and [3] not knowing what happens in-between points A and B.

Analog, the Universe exists within and upon analog curves, not flat binary. It is easy to visualize an open hand that symbolizes a boundless Source that is open without boundaries, and upon closing the hand, there within the clinched fingers exists only three dimensions that are restricted within boundaries. Within the fist analogy, all dimensions already existed: the three dimensions are as a restriction within the many dimensions. The ancient beliefs of Creation beginning with one, then two, then three, then everything else, is obviously wrong, but modern theories of Creation follow similar sequences of one, two, three. Man's way of theorizing about origins appears to never change much.

Without first knowing the boundless Source, then it will never be possible to know the things that created Creation, but, nevertheless, some things are always as certain as certainty is able: nothing is flat, nothing is 0-1 binary flat, it is eternally impossible for an equal binary to exist, it is eternally impossible for a 'computer code' binary 0 volts to instantly become a 1 volt, nothing is 'solid', all things are of curved 'analog waves', and nothing created within Nature exists outside of the laws of Nature.

All six of the theories share very similar patterns of thoughts, assumptions, beliefs, and conclusions, as well as sharing two almost universal failings: [1] not knowing what exists in-between points A and B, and [2] believing that humans are supernatural beings that exist outside of the laws of Nature. No known theory of Creation includes an awareness that humans are Nature-based. (The previous sentence might appear to be unreasonable, but if Nature were included in the theories' calculations, then the theories' conclusions would include very obvious statements. The theories do not include the statements, and so therefore the theories are not based upon an awareness that humans are Nature-based.)

The human creature is not a being with mystical magical supernatural powers: even humans must exist within the clinched-fist laws of Nature.

One of the values of comparing the ancient beliefs to today's beliefs is of seeing that very little has changed over the past 4,000-6,000 years; people are still believing basically the same flat binary things while merely changing a few nouns to fit each era's culture.

Upon having glanced at several sentences within the other chapters, the book appears to continue reciting the author's era's popular beliefs. Therefore, 申鑒 Shen Jian might be best useful to individuals who have an interest in the parallels between ancient and modern beliefs.